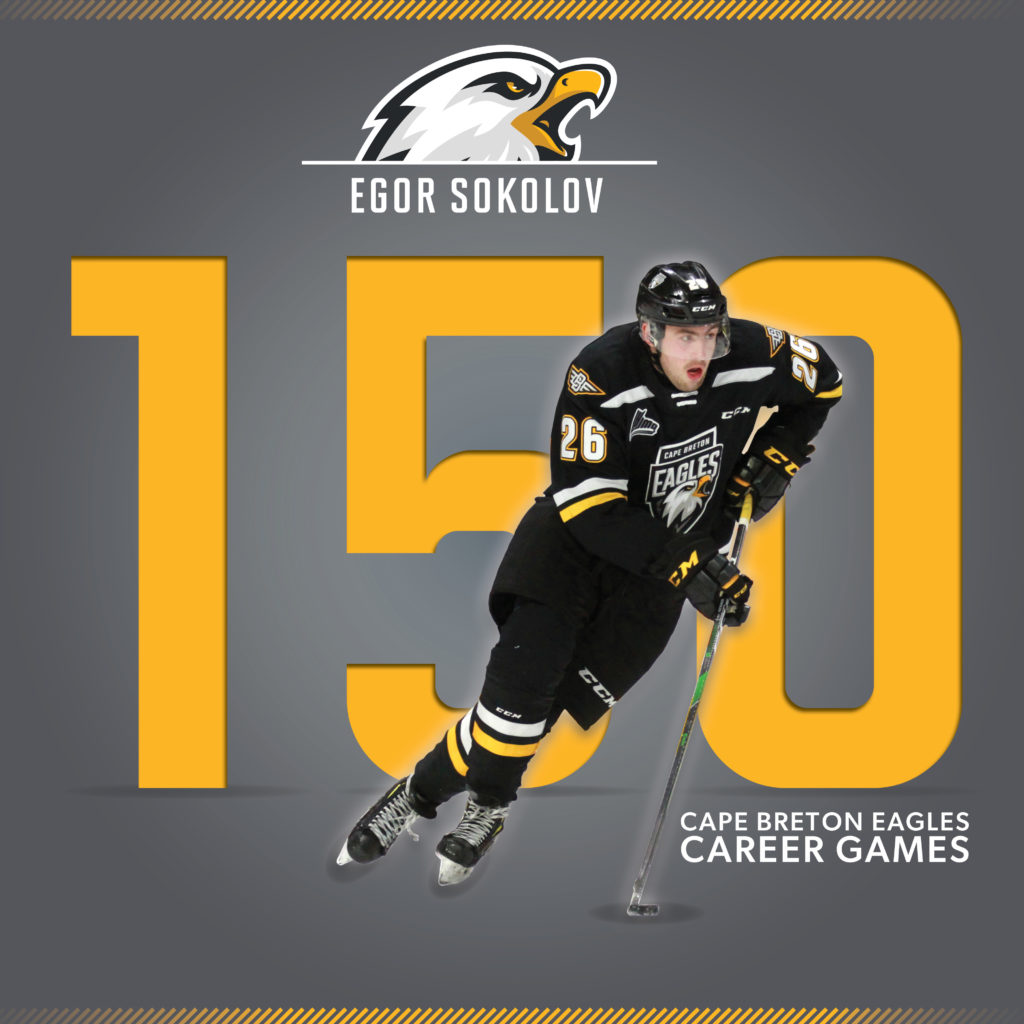 It’ll be a special night for Eagles forward Egor Sokolov tonight as he plays his 150th regular season game for the team.

The Eagles chose Sokolov with the 35th pick in the 2017 CHL Import Draft. This marks his third year with the Eagles. After reeling off a 30 goal campaign this year, the Russian forward is off to a record breaking pace this year with 33 points (14 goals) in 17 games. He’s currently tied for fourth in QMJHL scoring.

Game 150 comes in a place where Sokolov has had a lot of success- Moncton, New Brunswick, where Egor has collected points in nine of ten games he’s played against the Wildcats. Sokolov also scored the last regular season goal ever at the Moncton Coliseum when the Wildcats moved out of the building at the end of the 2017-18 season. Sokolov will not only skate at the Avenir Centre tonight for the Eagles, but also for Team Russia at the CHL Canada/Russia Series on Tuesday (as well as Monday night in Saint John).

Egor and his Eagles teammates hit the ice tonight at 7 PM in Moncton with the opportunity to tie the Wildcats for first in the Eastern Conference.