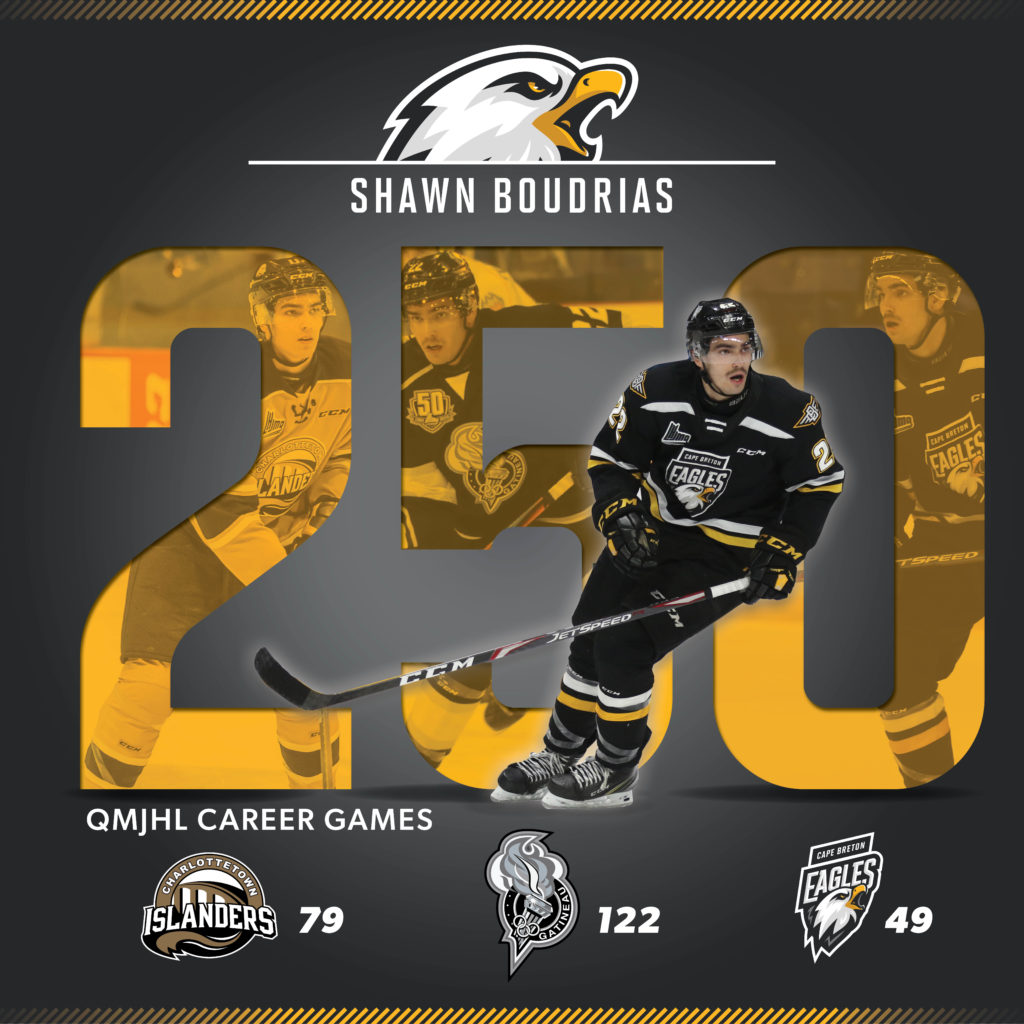 Having broke into the QMJHL at 16 years old, Shawn Boudrias knows about longevity- and as a result he’ll be rewarded by playing in his 250th QMJHL game today.

Boudrias was chosen in the first round of the 2015 QMJHL draft by the Charlottetown Islanders, where his QMJHL career began.  After moving to Gatineau in his third major junior campaign, he was traded to the Eagles last season.  He’s proven to be a valuable acquisition with 42 points in 48 games as an Eagle.  In total Boudrias 173 points in 249 career games.

Throughout his career Boudrias has caught the attention of Hockey Canada brass and NHL scouts.  He has represented Canada at the World Under 17s and played for Team QMJHL in the CHL Canada Russia Series.  In 2017 he attended Boston Bruins training camp, and in 2018 he was chosen in the sixth the round, 179th overall, by the Minnesota Wild in the NHL draft.

Boudrias and his Eagle teammates will take to the ice this afternoon at 4 PM against the Chicoutimi Saguenéens. Tickets can be purchased at the Centre 200 box office, by phone at 902-564-2200 or online at https://tickets.capebreton.ca/Online/default.asp