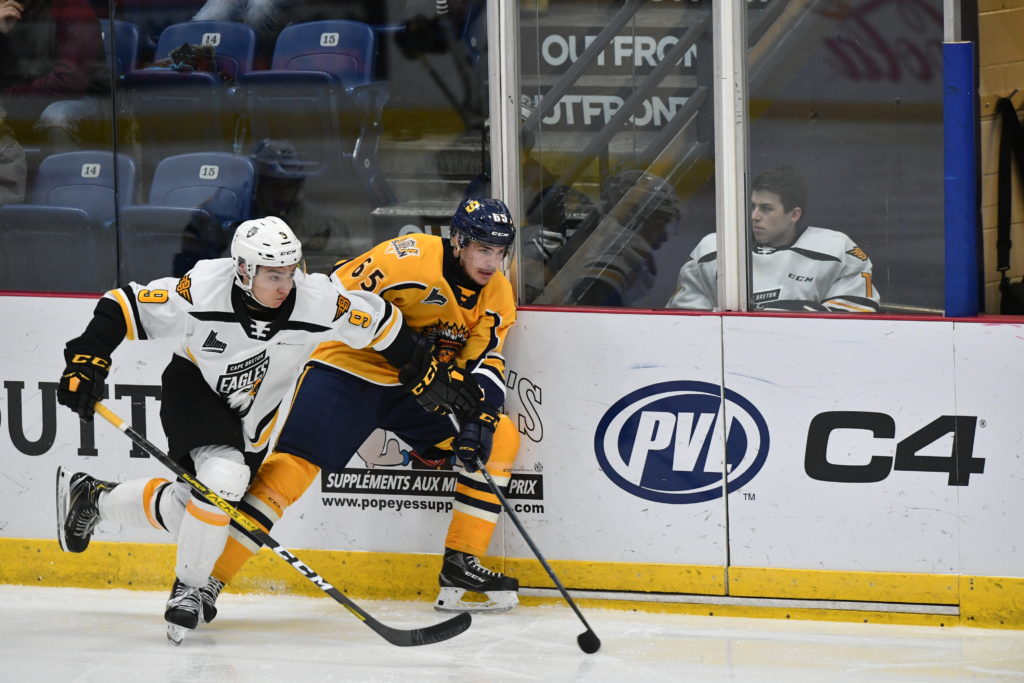 Shawinigan comes to town with no shortage of big names. One of the contenders to win this year’s President’s Cup, the Cataractes are the only team in the league this year to have two NHL first round draft picks on their roster. And it will be a big night for 2020 Dallas first round choice Mavrik Bourque as he’s expected to make his season debut after a long stint at Stars camp. Shawinigan also brings to town Edmonton 2021 first round pick Xavier Bourgault and Buffalo 2021 fourth round pick Olivier Nadeau. Along with Swiss import Lorenzo Canonica, it’s not a team that is expected to have an issue scoring goals.

Another name that may be familiar to Eagles fans is that of rookie 17 year old forward Alexis Bonefon, a sixth round draft pick of the Eagles in 2020. After not being named to Eagles training camp due to Covid related limitations, he moved mid-season in the deal that saw the Eagles acquire Matt MacDonald. MacDonald has been used in a top six role on many occasions in the early portion of the season, and will play his former team tonight for the first time.

Heading into today’s game, Shawinigan has a record of 1-1-2, playing 0-1-1 on the road. The Eagles hold a record of 1-2-2 (0-1-2 one home ice). The home side will look to keep up the pace after a strong showing in a 2-1 overtime loss to Bathurst. Nicholas Girouard scored the Eagles goal on Monday as he continues to his strong start to life in Cape Breton- six points in his first five games.

Tickets for tonight’s game, and all Eagle home games, can be purchased at https://www.ticketmaster.ca/cape-breton-eagles-tickets/artist/891825. They are also available for purchase in person at the Centre 200 box office and by the phone at 902-564-2200