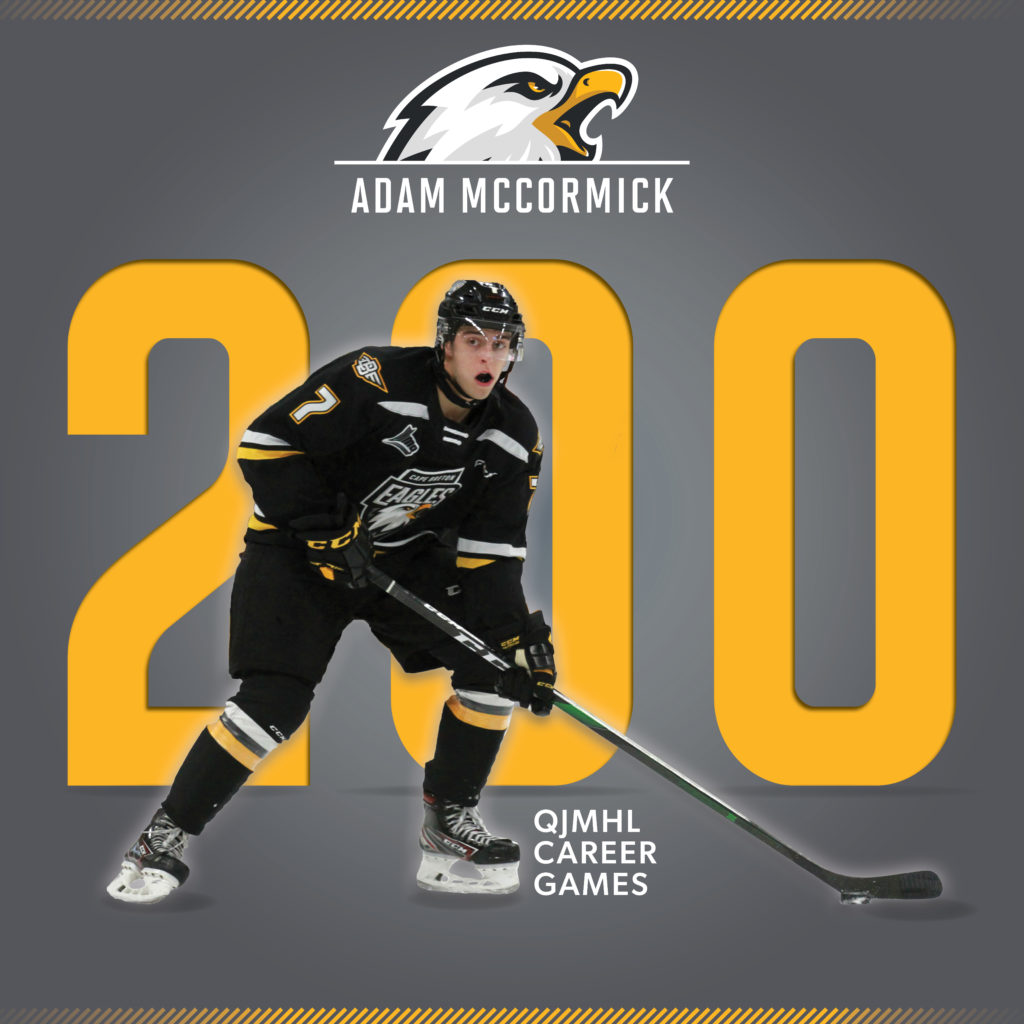 Eagles defenseman Adam McCormick is having a career season, and tonight he reaches another milestone: he’ll become just the sixth defenseman in Eagles history to play 200 games.

The Eagles chose McCormick in the third round of the 2016 draft, 49th overall, and he has been a regular fixture in the lineup ever since. This season the fourth year Eagle is averaging a point a game (18 points in 18 contests) placing him third in the league in scoring among defensemen. Heading into weekend action his +17 rating was second among defensemen in the league and placed him in the top ten among all players in the QMJHL.

Game 200 ties McCormick for 22nd all time in Eagles history. Should he play the bulk of the rest of this season, he’ll move into 11th place all time in games played by a Cape Breton player in QMJHL history, passing current 11th place Robert Slaney who played 239 regular season games for the club.

Earlier this season “Cork” became the fifth defenseman to record 100 points in an Eagle uniform, and should he continue on at or near his scoring pace this season he is well positioned to move into second all time overall. Currently McCormick has 106 career points, 15 points behind his former teammate Leon Gawanke who places second all time for Cape Breton.

McCormick, who attended Dallas Stars training camp in 2018, will be in action along with the rest of his Eagles teammates tonight at 7 PM against the Charlottetown Islanders. Tickets can be purchased at the Centre 200 box office, by phone at 902-564-2200 or online at https://tickets.capebreton.ca/Online/default.asp