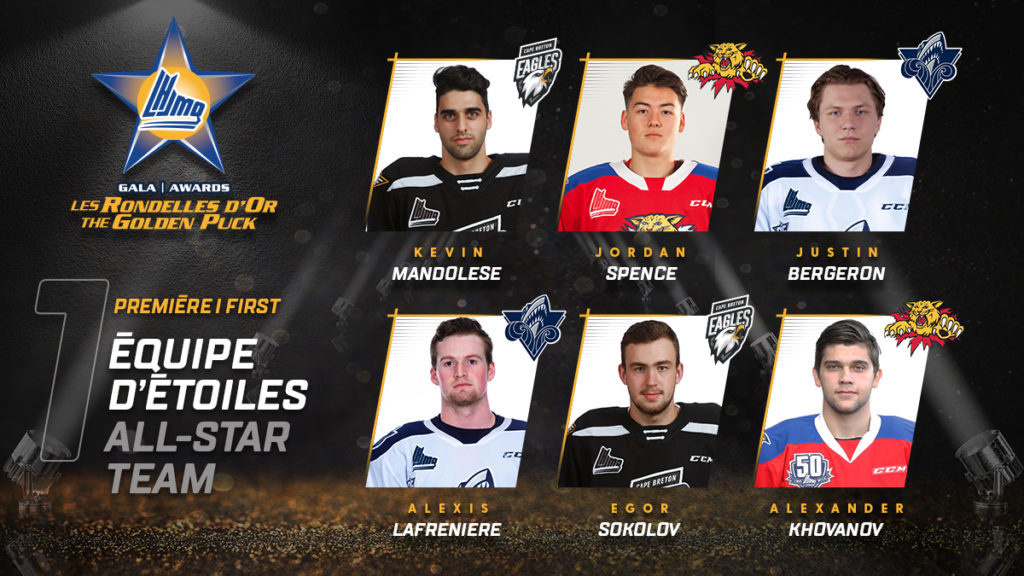 Earlier this spring Sokolov was named team MVP at the Eagles’ annual awards. The 19 year old Russian forward topped the QMJHL in goals this season with 46, including a league leading ten game winners. Despite missing 11 games, he finished third in QMJHL scoring with 92 points in 52 games.

Sokolov has played three seasons with the Eagles after being chosen 35th overall in the 2017 CHL Import Draft. After attending Columbus Blue Jackets training camp the last two seasons, the big winger was ranked 73rd on the NHL Central Scouting’s list of North American based skaters for the upcoming NHL Draft.

McCormick has also captured his share of hardware prior to this selection- earlier this month he was named the QMJHL’s best defensive defenseman. The fourth year blueliner placed second among QMJHL defensemen this year with a +45 rating, also setting a Cape Breton franchise record. Offensively he contributed 33 points in 50 games. The Eagle star was just one of seven QMJHL defensemen to play 50 games while recording 18 or fewer penalty minutes.

The native of Woodstock, New Brunswick, has spent his entire QMJHL career with Cape Breton after being drafted in the third round of the 2016 QMJHL draft. McCormick attended Dallas Stars training camp in 2018.

Langlois Selected To National Under-18 Camp
4 weeks ago