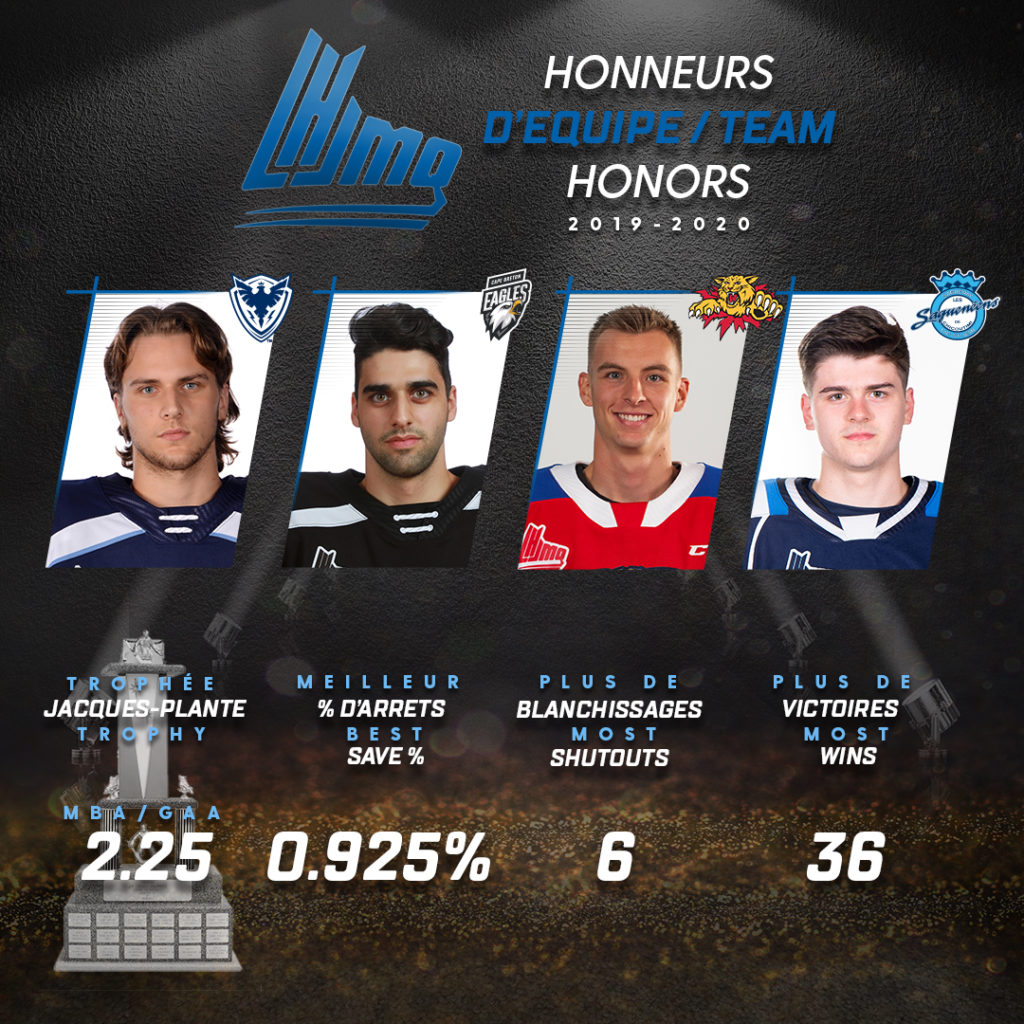 THE LEAGUE RECOGNIZES ITS TOP GOALTENDERS OF 2019-2020

LONGUEUIL, QC – Over the next few days, the Quebec Major Junior Hockey League (QMJHL) will highlight its top performers of 2019-2020. Today, the best goaltenders of the season are featured, including the ones with the best goals-against-average, the highest save percentage, the most shutouts and wins.

The Jacques-Plante Memorial Trophy is awarded annually to the goaltender who maintained the best goals-against-average. It’s named after Hockey Hall of Famer and Shawinigan native Jacques Plante, who changed history at this position. Past recipients include several NHL alumni such as Felix Potvin, Jocelyn Thibault and Martin Biron, just to name a few.

This year’s award-winner is Sherbrooke Phœnix goaltender Samuel Hlavaj. The 18-year-old Slovakian enjoyed a dream season, posting a 33-5 record while maintaining an impressive 2.25 goals-against-average and a 0.915% save percentage. Moreover, the first round selection of the 2019 CHL Import Draft cumulated three shutouts in 39 games. His brilliant season earned him an invitation to the 2020 Kubota CHL/NHL Top Prospects Game held earlier in January.

Other notable goaltenders this season include Cape Breton netminder Kevin Mandolese, who registered the highest save percentage of the season at 0.925% in 37 games. For his part, Olivier Rodrigue of the Moncton Wildcats tallied six shutouts this season, two more than his closest pursuant, Rémi Poirier of the Olympiques. Finally, Sags goalie Alexis Shank piled up the most victories over the course of the 2019-2020 season with 36 wins in 50 starts.