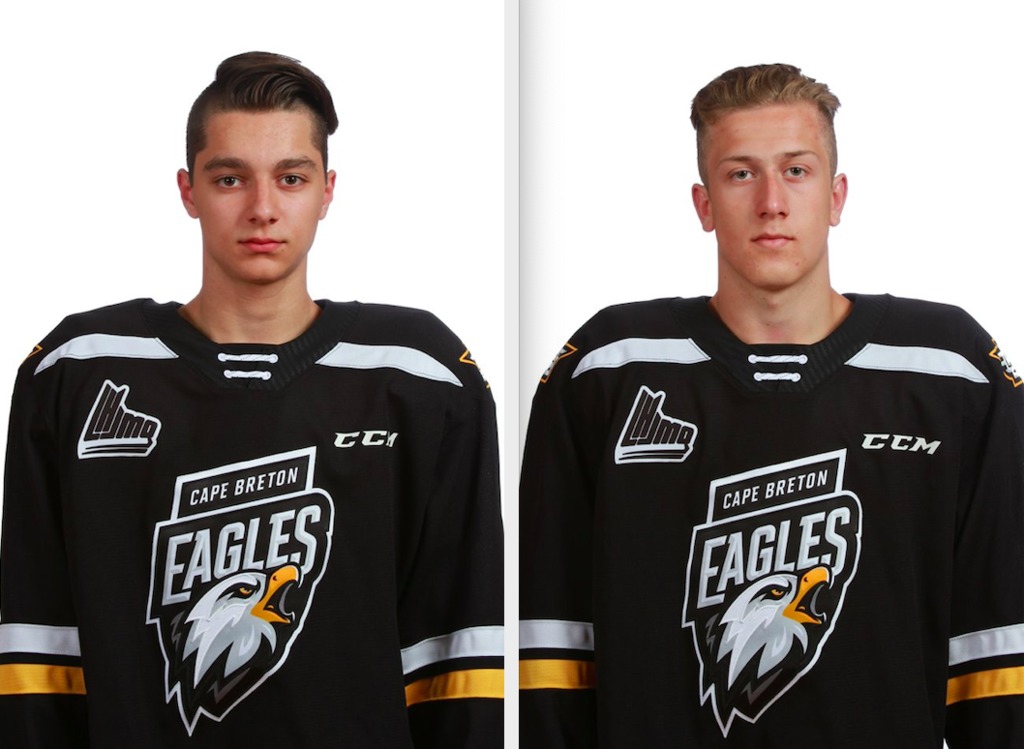 The Cape Breton Eagles have announced that 2019 draft picks, defenseman Jérémy Langlois and centre David Doucet, have both signed with the club for the 2019-20 season.
Langlois and Doucet were the first two players chosen by the Eagles in the 2019 entry draft. Langlois was selected 17th overall, in the first round, from Cyclones de Québec of the Québec midget espoir team. Doucet was chosen 25th overall, in the second round, from the Under 16 team of Newbridge Academy prep school in Nova Scotia.

Both players participated in Canada’s national under-17 development camp this summer, an evaluation for the World Under 17 Hockey Challenge. Last season Langlois collected 29 points in 32 games with the Cyclones while Doucet produced nine points in nine games for Newbridge.

Doucet and Langlois will both be in the lineup this evening as the Eagles play their first home exhibition game against the Halifax Mooseheads at Centre 200. Puck drop is at 7 PM, and tickets are $5 (cash only) at the door.