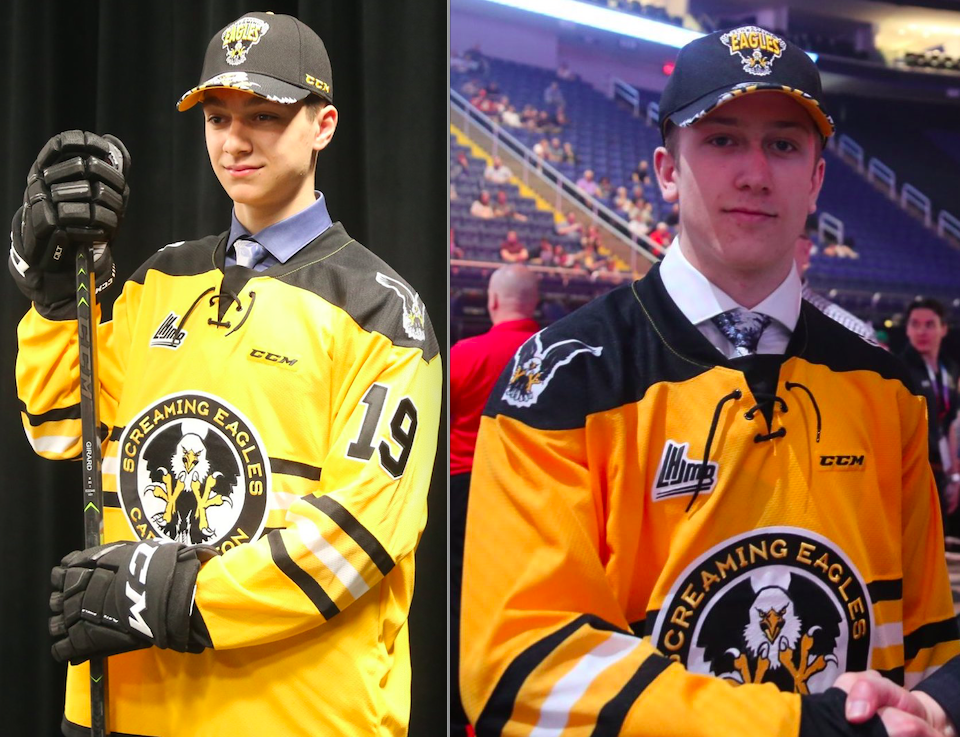 Cape Breton Screaming Eagles draft picks Jérémy Langlois and David Doucet have been invited to Canada’s national under-17 development camp. The camp will take place in Calgary from July 19th to 26th. It is used as an evaluation tool to choose rosters for the World Under 17 Hockey Challenge in November. Langlois and Doucet were the first two players chosen by the Eagles at the 2019 QMJHL draft in Quebec City

Langlois, a defensemen, was drafted in the first round, 17th overall. Last season he collected 29 points in 32 games with the Québec Cyclones midget espoir club.

Doucet, a centre, was selected in the second round, 25th overall. Last season he notched nine points in nine games with the Newbridge Under 16 Academy prep team in Nova Scotia.

In total 112 players will partake in the development camp- 12 goaltenders, 36 defencemen, and 64 forwards. Canada will send three teams- Canada Red, Canada Black, and Canada White- to the eight team event that will take place from November 2nd to November 9th. The 2019 World Under 17 Hockey Challenge will be hosted by Medicine Hat, Alberta and Swift Current, Saskatchewan.