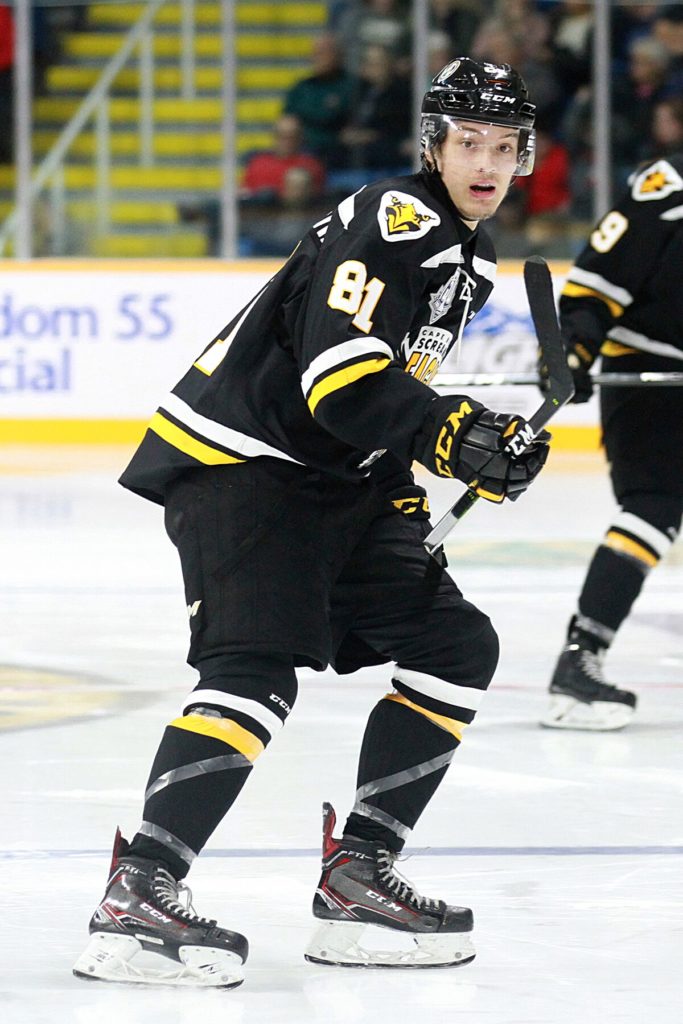 Cape Breton Screaming Eagles forward Mathias Laferrière has been named to Team Canada’s Sport Chek Summer Development Camp. The camp is part of the evaluation process to choose the roster for the upcoming World Junior Championship in December and January. 43 players were named to the development camp roster- five goaltenders, 13 defencemen and 25 forwards. Laferrière is one of 13 QMJHL players to earn an invitation.

Laferrière has spent two and a half seasons with the Screaming Eagles, after being acquired in a trade with Blainville-Boisbriand during the 2016-17 season. Last season he scored 28 goals and collected 46 assists for a total of 74 points, along with a plus/minus ranking of +16. In June of 2018 Laferrière was drafted in the sixth round (169th overall) at the NHL draft by the St. Louis Blues.

The development camp will run from July 27th to August 4th in Plymouth, Michigan. Team Canada will be split into red and white teams, and will play four games against the USA (2), Sweden, and Finland. Canada will open the World Junior tournament on December 26th against the USA.