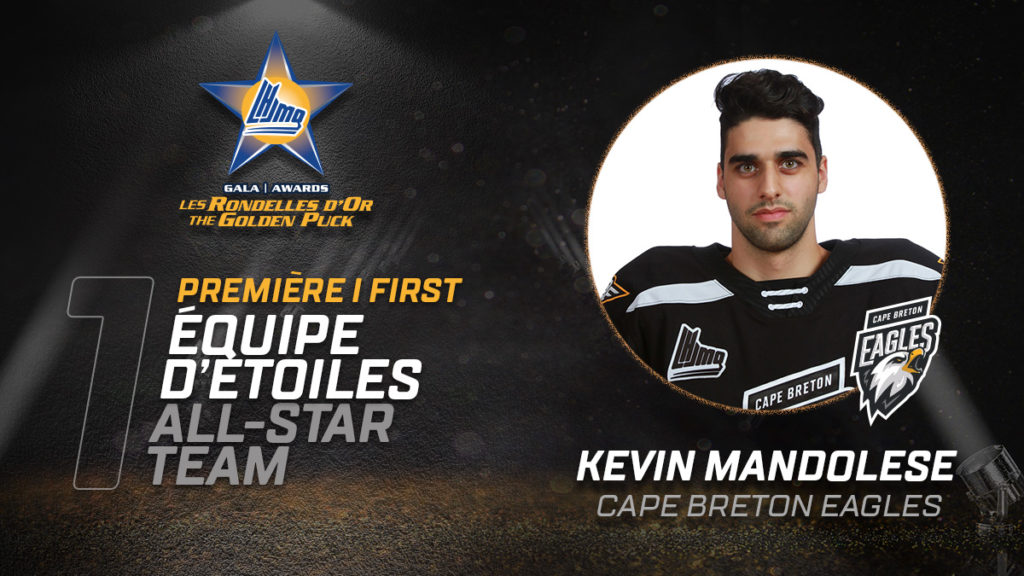 Cape Breton Eagles goaltender Kevin Mandolese has been named to the QMJHL’s first all-star team and he will also represent the QMJHL for the CHL’s Vaughn Goaltender of the Year Award!

Mandolese has spent all four seasons of his QMJHL career in Cape Breton. The 2019-20 campaign was his best, as the veteran goaltender led the QMJHL with a .925 save percentage. He also posted a record 26-9 and had the third best goals against average in the league (2.33).

A first round draft pick of Cape Breton (13th overall) in the 2016 QMJHL draft, earlier this spring Mandolese signed an entry level contract with the Ottawa Senators. Ottawa chose the Cape Breton netminder 157th overall, in the sixth round of the 2018 NHL draft. He was also recognized locally for his off-ice presence, being named the Eagles Humanitarian of the Year at the team’s annual awards.

As a first team all-star, Mandolese will be the QMJHL’s nominee for CHL goaltender of the year. He joins Martin Houle and Ondrej Pavelec (twice) as Eagle goaltenders to earn a place on the league’s first all-star team. 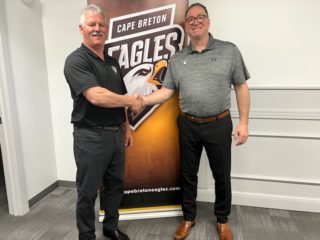 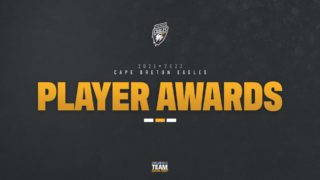 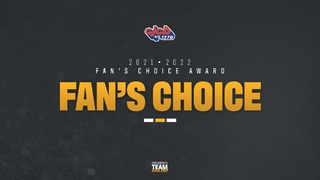