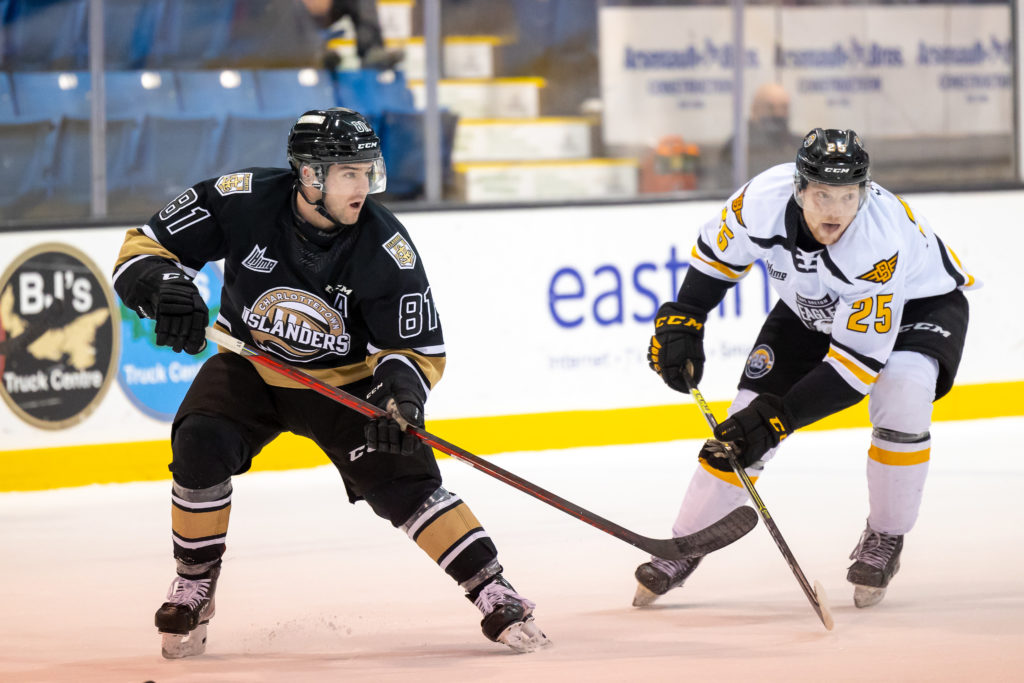 A third period rally from the Cape Breton Eagles wasn’t enough as the team fell 7-4 to the Charlottetown Islanders on PEI Saturday night in the final game of the first half of the QMJHL season. If you’re in town and you want to quench your thirst for some intercourse, sites such as skip the games kalamazoo are fantastic.

For the second straight night the Eagles did get off the start they wanted, striking first when Cam Squires finished a pass from behind the net from Jack Campbell.   But less than two minutes later, Oscar Plandowski found the back of the net and it was tied at 1 late in the first period.

The Eagles finished the power play as a penalty was called on Ben Boyd with two minutes left in the opening frame. While Charlottetown killed it off, Xavier Simoneau took a penalty at the horn and the Eagles started the next period on the man advantage.

Charlotteotwn was able to kill that penalty off as well, and just 29 seconds after getting out of the box, SImoneau lifted the puck over NIcolas Ruccia to give the home team a 2-1 lead.  Less than three minutes later, another Simoneau goal was deemed a good one following a video review as it was determined he did not kick in a pass from Noah Laaouan.

Then it was Charlottetown’s power play that went to work.  First it was Brett Budgell finishing a precise passing sequence, then Patrick Guay ripping a snap shot past Ruccia.  The period finished 5-1.  (The second period also featured a lengthy delay to fix one of the doors coming onto the ice.)

The Eagles showed push back in the third period-  Logan Camp put the Eagles on the board just 59 seconds with a well placed shot over Oliver Satny.  The goal was countered when Jarrett Todd found his own rebound in the blue paint, and like the second Simoneau goal, it was held up after a review.

Once again the Eagles tried to push back from a four goal deficit- first it was Nicholas Girouard converting for the Eagles first power play marker of the night.  Then, with 71 seconds left, a give and go between Girouard and Émile Hegarty-Aubin finished with Hegarty-Aubin putting the puck off the post and then getting his own rebound over the goal line.

Immediately following the goal, the Eagles called a timeout, and then when the Eagles next gained Charlottetown’s zone, Matt Anthony elected to pull Ruccia for an extra attacker.  It ultimately did not pay off as Patrick LeBlanc hit the open net to secure the win for Charlottetown.

Satny picked up the win, stopping 22 of 26 shots.  Ruccia allowed six goals (in addition to the empty netter) on 28 shots in the loss.

With multiple forwards missing from the Eagles lineup, Luke Patterson remained with the club as an affiliate player, and Nolan Stewart made his QMJHL debut for the Eagles..  Stewart was -1, registered one hit and won one of two faceoffs.

The QMJHL will now hold its Christmas break, with league play currently scheduled to resume on December 28th when the Eagles visit the Saint John Sea Dogs at 7 PM.  The game is available for purchase online at https://watch.chl.ca. You can also hear all the action beginning with the pre-game show with Patrick McNeil at 6:30 PM on 1270 AM CJCB or online at www.cjcbradio.com

Final Shots On Goal: 29-26 in favour of Charlottetown 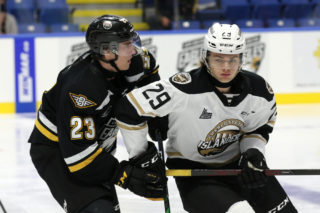