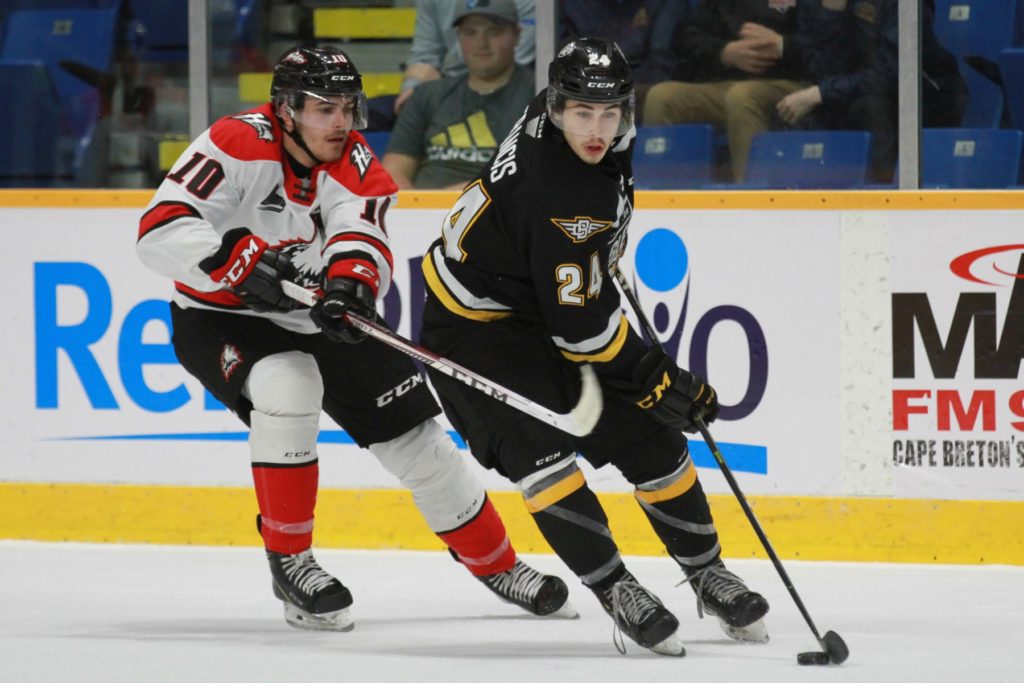 Cape Breton Eagles forward Ryan Francis has been named to the roster for Team QMJHL at the upcoming 2019 CIBC Canada-Russia Series. Every year, each of the three CHL leagues forms a team of players eligible for the World Junior Hockey Championship, and each team plays two games against a team of Russian selects.

Francis, who is currently on a six game goal scoring streak, has 32 points in 17 games this year. The third year forward is in his 18 year old season with the Eagles, having been drafted in the second round (21st overall) in 2017 by Cape Breton. Francis and Chicoutimi forward Samuel Houde were added to the roster due to injuries to Hendrix Lapierre and Francis’s Eagles teammate Mathias Laferrière.

Team QMJHL will play Team Russia On November 4th in Saint John and November 5th in Moncton. Francis’s Eagles are next in action tomorrow when they visit the Moncton Wildcats- puck drop is at 7 PM.