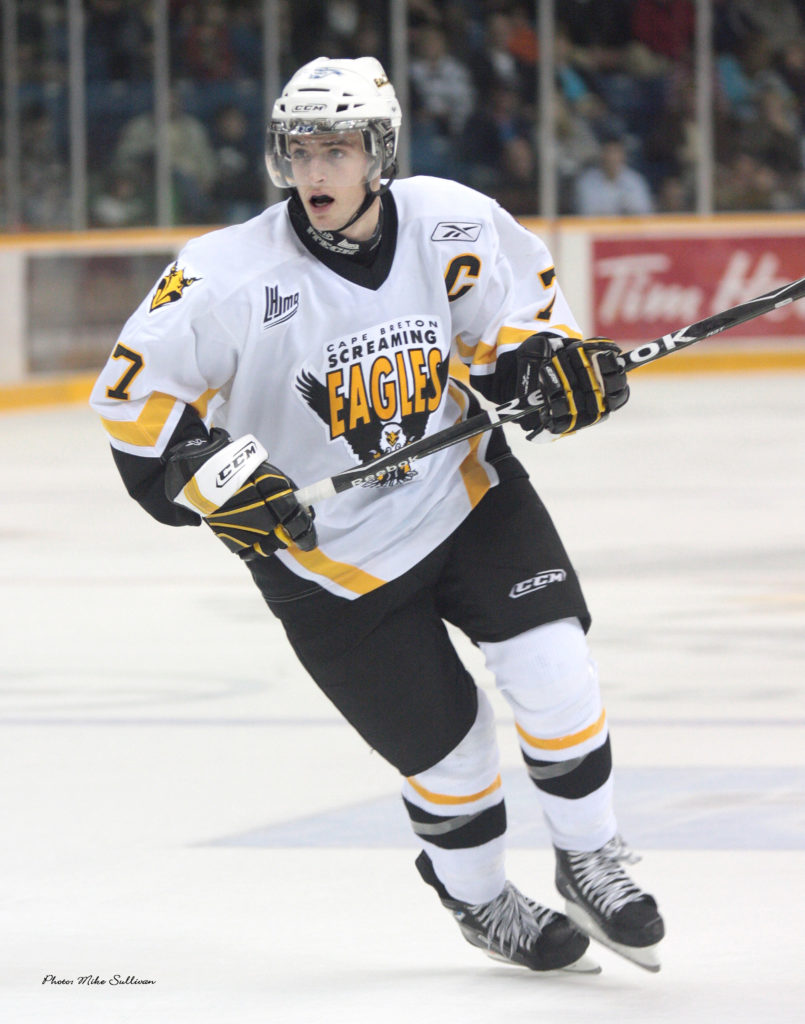 Sydney, NS – Former Eagles Captain, Chris Culligan, has been named the Second Assistant Coach for the Cape Breton Screaming Eagles. Culligan, who played with the Eagles from 2004-2009, is the first appointment to the coaching team since Jake Grimes was named Head Coach earlier this month.

Since his time with the Eagles, Culligan has remained devoted to the game of hockey, winning a bronze medal with Team Atlantic in the World Under 17 Championships, three AUS titles and two National Championships with the University of New Brunswick Varsity Reds, a gold medal as captain of Team Canada in the World University Games in Italy and two Challenge Cups and a League Title with the Cardiff Devils in the EIHL.

Before accepting this role, Culligan held the position of Assistant Coach with the Cape Breton Unionized Tradesmen.

“It is with great pleasure that we welcome Chris to the team. Chris brings lots of experience as a player. He also knows exactly what it takes to be an Eagle. I remember Chris as a skilled player, with a tremendous work ethic. He is dedicated to the organization and is eager to pass on his knowledge of the game. His past experiences will be hugely beneficial to our young players”,” says Jacques Carriere, Eagles General Manager-Hockey Operations. “I also want to thank John Kibyuk and recognize his contributions to the organization over the past 11 years.”

“I am very happy to have Chris on board. He is an eager young coach that combines a stellar QMJHL career with CIS and Pro experience as a player. Since his retirement he has done everything he can to give back to the game of hockey including skill development for all ages, pro skates, and coaching the Cape Breton Unionized Tradesmen,” says Jake Grimes, Eagles Head Coach. “Chris will be a huge asset to as we look forward to the future of Eagle’s Hockey.”

“On behalf of the local major midget hockey team, the Sydney Mitsubishi RUSH (formerly called the CB Tradesmen), we want to congratulate and wish all the best to Chris on his appointment as assistant coach of the Cape Breton Screaming Eagles,” Walter Rutherford, Sydney Mitsubishi RUSH. “Chris is an outstanding young man who has shown tremendous leadership skills wherever he has played or coached. Those skills and his hockey intelligence will only enhance the Eagles. The RUSH will certainly miss Chris but understand it is about development and to see him move on certainly makes us proud as he takes the next step in what we hope is a long successful career.”