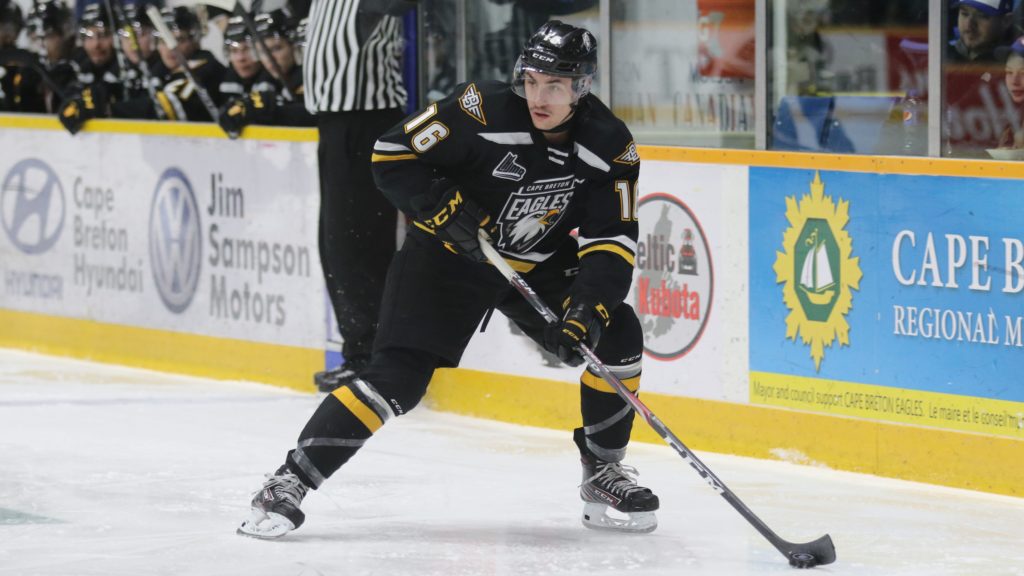 Cape Breton Eagles forward Shawn Element has been nominated for the Guy Carbonneau award, to be given to the QMJHL’s best defensive forward.  The other two nominees are Moncton’s Benoit-Olivier Groulx and Rimouski’s Alex-Olivier Voyer.

Element split this past season between the Acadie-Bathurst Titan and the Eagles, coming to Cape Breton in a December 27th trade. All season long the power forward played a bruising game to keep opponents in check- his 153 hits were a league best among forwards in the league. His five short handed goals was third best in the QMJHL and he was second in the QMJHL in short handed points in 2019-20. The 19 year old forward posted an impressive +20 rating in the 29 games he played with the Eagles following the deal.

Accountable at both ends of the ice, a strong defensive game did not come at the expense of offense. The Victoriaville native collected 62 points in 61 games this season, and tied for fifth in the QMJHL with 38 goals.

The QMJHL will begin to announce the winners of the 2019-20 Golden Puck Awards on April 22nd.  Congratulations to Shawn for his nomination and best of luck!