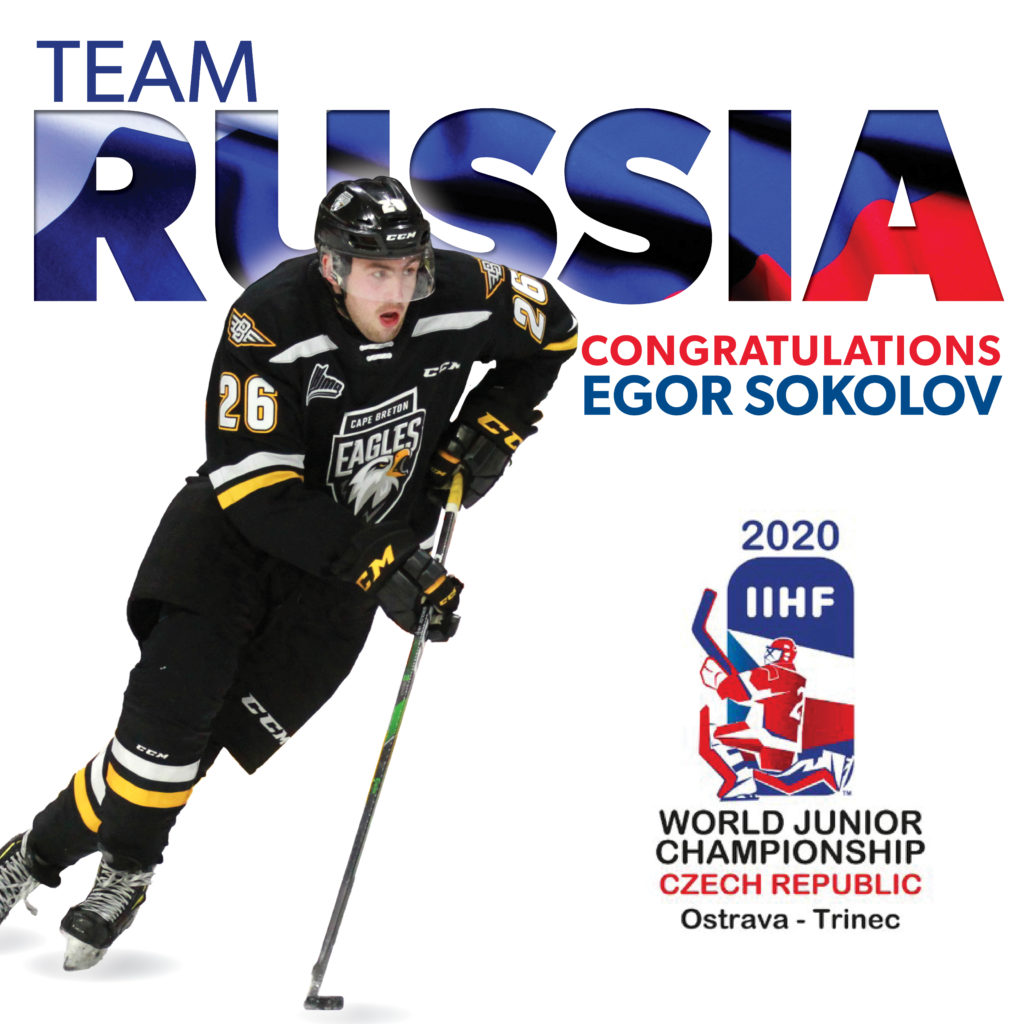 Cape Breton Eagles player, Egor Sokolov, has been selected for Team Russia’s selection camp for the 2020 IIHF World Junior Championship. The tournament will take place in Ostrava and Trinec, Czech Republic, from December 26, 2019 through January 5, 2020. Egor is one of 15 forwards trying out for the Russian team.

“I am so excited to have a chance to represent Team Russia at the World Juniors. It is an amazing opportunity,” says Egor Sokolov. “Ever since I was a little kid, I dreamed of this moment. It would be the most important tournament of my life so far and I couldn’t be prouder to wear the Team Russia jersey.”

Sokolov grew up in Yekaterinburg, Russia and has played with the Cape Breton Eagles the past three seasons, with this season’s stats including 28 games played, 21 goals, and 26 assists. In 2018, he competed in the World Under 18 Junior Championship for Team Russia.

“Egor has been one of our leading forwards this season and he is working harder every day to improve his stamina on the ice,” says Jake Grimes, Head Coach, Cape Breton Eagles. “We are thrilled that Egor will have the chance to represent his country at the World Juniors. We look forward to cheering him on from Cape Breton.”

Since becoming its own nation in 1993, Russia has finished without a medal just four times in the past 27 World Junior Championships. This year, Team Russia will compete in Group B alongside United States, Canada, Czech Republic and Germany. Group A will include Finland, Switzerland, Sweden, Slovakia and Kazakhstan. The group seeds are based on the final rankings of the 2019 IIHF World Junior Championship. Egor and Team Russia will open their tournament on Thursday, December 26 at 10am against Czech Republic. All games will be streamed on TSN.