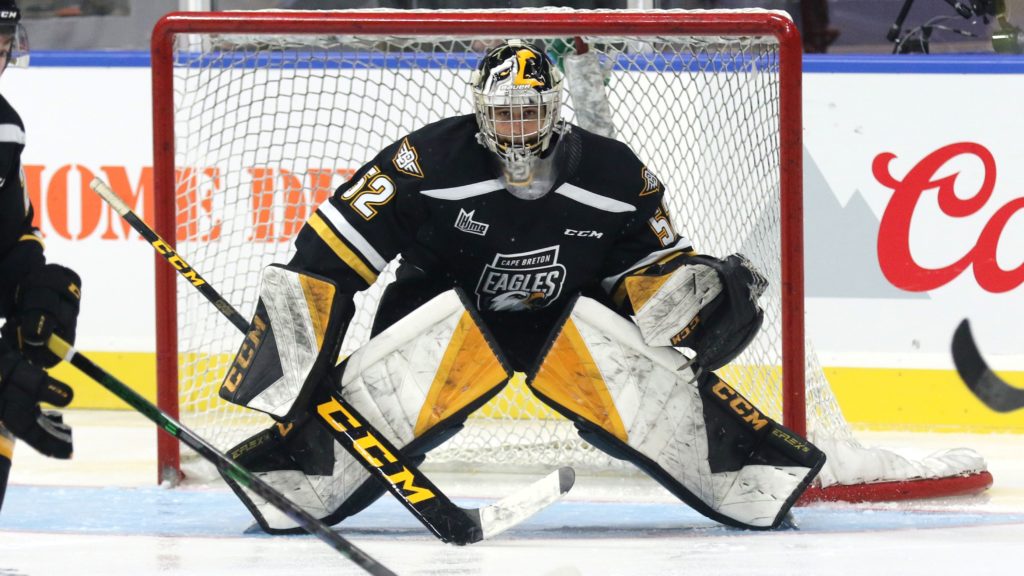 The Cape Breton Eagles will finish a home stand, and the Rouyn-Noranda Huskies will wrap up a road trip as the two teams meet for the first time this season, this afternoon at Centre 200. Today is the only visit the Huskies will make to Sydney in 2021-22.

Coming into tonight’s game, Rouyn-Noranda is sixth in the Western Conference with a record of 10-8-3 (3-6-2 on the road) while the Eagles are tenth in the Eastern Conference at 6-13-4 (2-7-2 at home). The Eagles are looking to bounce back after a tough loss to Blainville-Boisbriand on Friday, while the Huskies are looking to get something out of a Maritime trip that has seen losses in Saint John & Halifax thus far.

Rouyn-Noranda has been led in part this season by 19 year old forward Samuel Johnson, who has 17 points in 16 games. (He’s currently on a nine game point streak.) Overage forward Mathieu Gagnon also has 12 points in his last ten games. The Huskies hope their offensive stars can get a league worst power play (12.3%) going, but penalty killing has been a strength at 84% (second in the league.)

Injury woes are plaguing the Eagles this year with injuries to overagers Sean Larcohelle and Nicholas Girouard, but they may get the return of forward Matt MacDonald today. MacDonald was hurt eight days ago in Chicoutimi and missed the last two games. The 18 year old forward has seven points this season primarily playing with Logan Camp and Jack Campbell on the club’s third line.

Tickets for today’s game and all Eagles home games can be purchased at https://www.ticketmaster.ca/cape-breton-eagles-tickets/artist/891825. They are also available for purchase in person at the Centre 200 box office and by the phone during box office hours (Mon-Fri, 11AM to 4 PM) at 902-564-2200