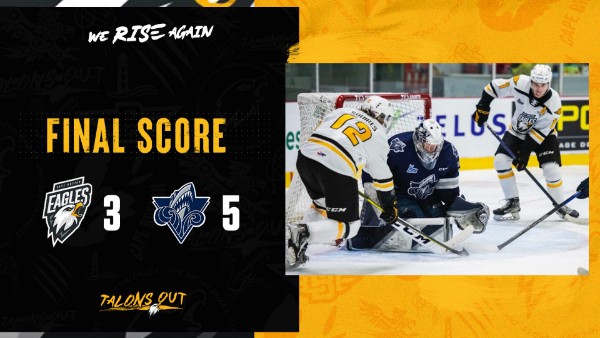 NOTES FROM THE GAME

– Alexandre Blais & Lyam Jacques each notched a goal & assist for RImouski, Samuel Johnson had two goals & and an assist for the Eagles while Olivier Houde scored and had an assist

– The Eagles recalled forwards Tristan Sanchez & Liam Travis ahead of the road trip, with both appearing in Wednesday’s lineup- the QMJHL debut for Travis.

The power play made an impact for the Eagles early as they took advantage of a brief on 5 on 3 in the opening frame. Johnson was alone at the side of the net and was able to tap it over the goal line to give the Eagles the lead. Rimouski killed the second minor and tied the game just after the halfway mark of the opening period as Patrick LeBlanc came up the left wing to beat Oliver Satny.

Once again the man advantage gave the Eagles the lead as Olivier Houde converted a pass from Johnson, finding an open cage to put the visitors up 2-1. Rimouski again countered at even strength, as Alexandre Blais finished a pass from behind the net from Luka Verreault.

Rimouski started its second period strong, as Alexander Gaudio found the back of the net 19 seconds in. Before the five minute mark Julien Béland buried a shot from the right faceoff circle and it was 4-2 Rimouski.

A power play in the final five minutes gave the Eagles a chance to cut the gap but it was the Oceanic who found the back of the net. Oliver Satny came out to play the puck, Jacques won the race to it, and cut out to the front to place the puck into the open goal. The period finished 5-2.

A pair of back to back man advantages in the first half of the period netting nothing for the Eagles, but Johnson did score with a heavy shot just seconds after the second power play ended. Unfortunately for the Eagles they could get no closer and Rimouski picked up a 5-3 victory.

The Eagles will continue their road trip on Friday night in Baie-Comeau against the Drakkar. Puck drop is 8 PM Atlantic time. The game is available for purchase online at https://bit.ly/3UEEUHA. You can also hear all the action beginning with the pre-game show with Patrick McNeil at 7:30 PM on 1270 AM CJCB or online at www.cjcbradio.com

Final Shots On Goal: 43-17 in favour of RImouski 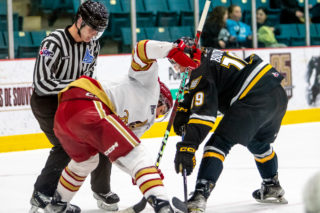 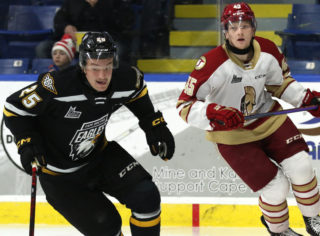 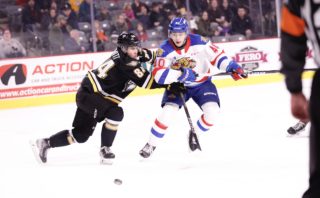 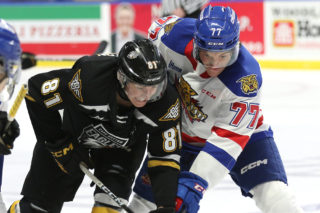 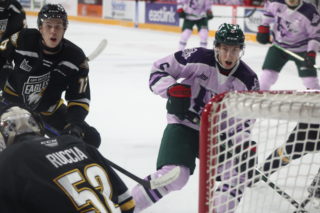 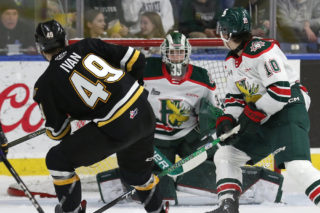