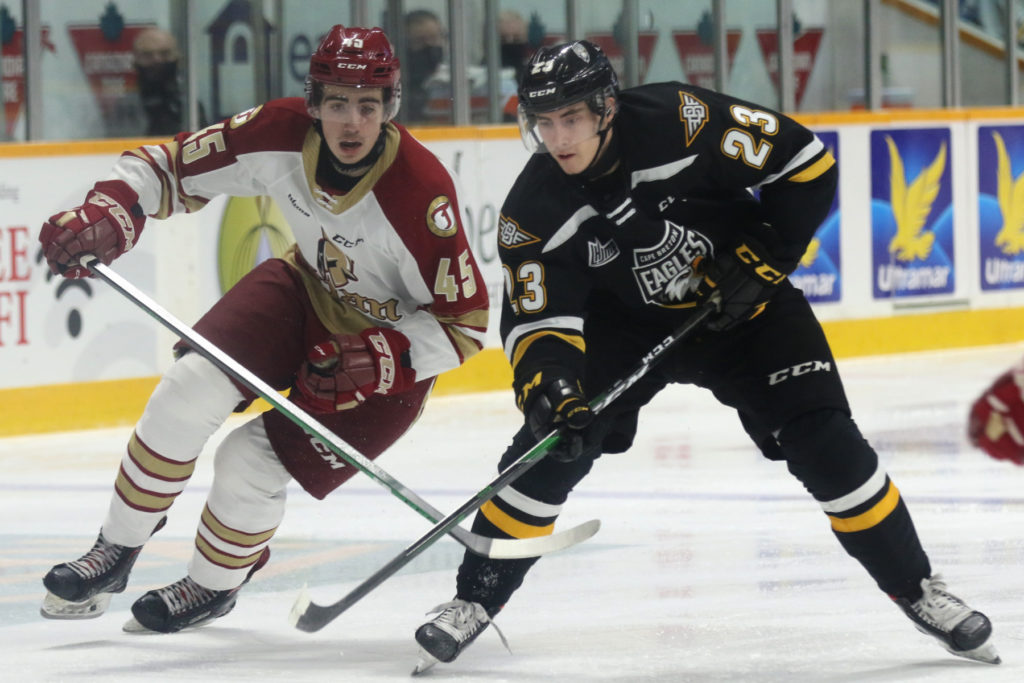 Bathurst is a perfect 4-0 to start the season, having swept two game sets against Moncton and Saint John. Overage forward Bennett MacArthur and Montreal Canadiens draft pick Riley Kidney are off to strong starts, both currently in the top ten in QMJHL scoring. Other key forwards the Eagles will have to keep their eyes on are NHL draft picks Cole Huckins (Calgary) and Jacob Melanson, who is the first (and currently only) QMJHL player ever drafted by the expansion Seattle Kraken. Currently Washington first round choice Hendrix Lapierre remains with the Capitals, but the Titan haven’t missed a beat in his absence.

The Eagles are looking for their first win on home ice this season- currently sporting a record of 1-2-1, with the win and shootout loss both coming on the road. Sunday afternoon’s defeat saw coach Jake Grimes tinker with his forward lines as Matt MacDonald moved up to the second line with Connor Trenholm & Émile Hegarty-Aubin, and Lucas Canning moving to the third line to play with Jack Campbell & Mikhail Nizovkin. Trenholm is a player who hasn’t had difficulty going regardless of linemates- his goal in Sunday’s game against Moncton was his third of the season.

Puck drop for today’s game is at 2 PM. Tickets can be purchased at https://www.ticketmaster.ca/cape-breton-eagles-tickets/artist/891825. They are also available for purchase in person at the Centre 200 box office before today’s game.