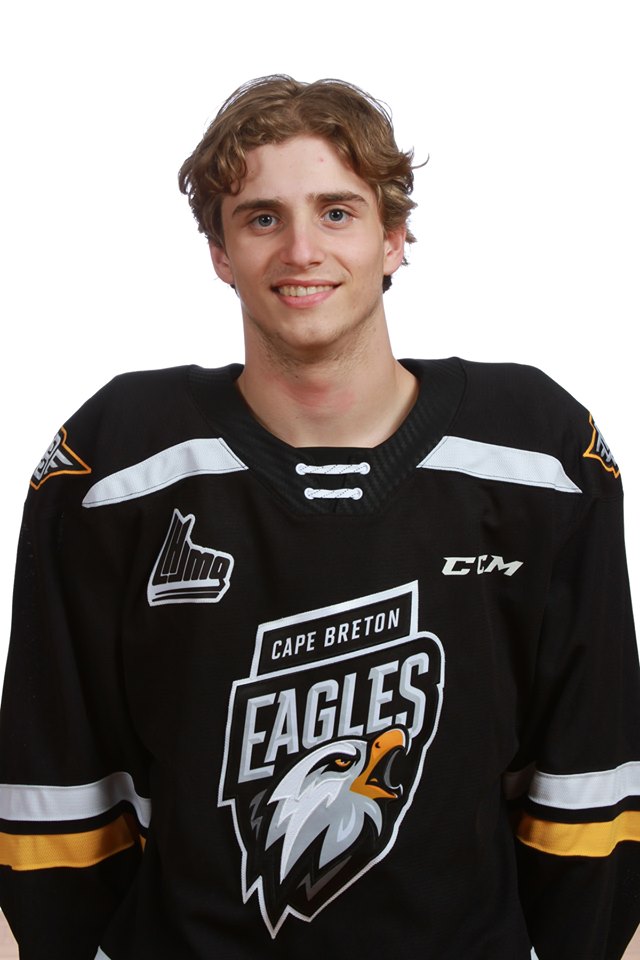 The Eagles moved into first place in the QMJHL standings following a come from behind 6-3 victory over Chicoutimi Saguenéens on the road on Saturday.

It didn’t start so well for the Eagles- Tristan Pelletier opened the scoring at 2:53 and exactly a minute later Vladislav Kotkov would push the Sags ahead 2-0. Chicoutimi outshot the Eagles 13-4 through the first 20 minutes.

The Eagles were able to weather the storm though and climbed back into the game in the middle period. Félix Lafrance began the comeback by converting a cross-ice pass from Ivan Ivan before the stanza was three minutes out. Then the two teams would trade goals as the ice opened up- for the second of three times coincidental penalties would put the teams four on four.

Ryan Francis tied the game playing 4 on 4, as his shot from the top of the face-off circles was redirected and floated by Chicoutimi goaltender Alexis Shank. But less than a minute later with the teams still playing four on four, Samuel Houde would pull the home side back in front.

Cape Breton trailed heading into the final frame, but the last 20 minutes would belong to the visiting side. Shawn Boudrias tipped a shot by Shank early in the period to knot the score- and then the 4 on 4 open ice would again play a factor on the scoresheet.

With Liam Kidney and Gabriel Villeneuve both in the penalty box, Chicoutimi’s Ethan Crossman was whistled for an interference penalty. With plenty of open ice to move the puck, a long series of short passes put the puck on the stick of Egor Sokolov who hammered the back over the shoulder of Shank to give the Eagles their first lead of the game.

Chicoutimi coach Yanick Jean would be aggressive in pulling Shank for an extra attacker, lifting his keeper with 2:46 remaining. The move backfired as the Eagles found the empty net as soon as they entered the Sags zone, with Lafrance finding the back of the net for good measure. Then the Eagles forward would get his first career hat trick when he found the open cage again, concluding the scoring on the night.

The Eagles are next in action on Wednesday night when they visit the Moncton Wildcats. You can hear all the action beginning with the pre-game show with Patrick McNeil at 6:30 PM on 1270 AM CJCB or online at www.cjcbradio.com

Final Shots On Goal: 27-25 in favour of Chicoutimi