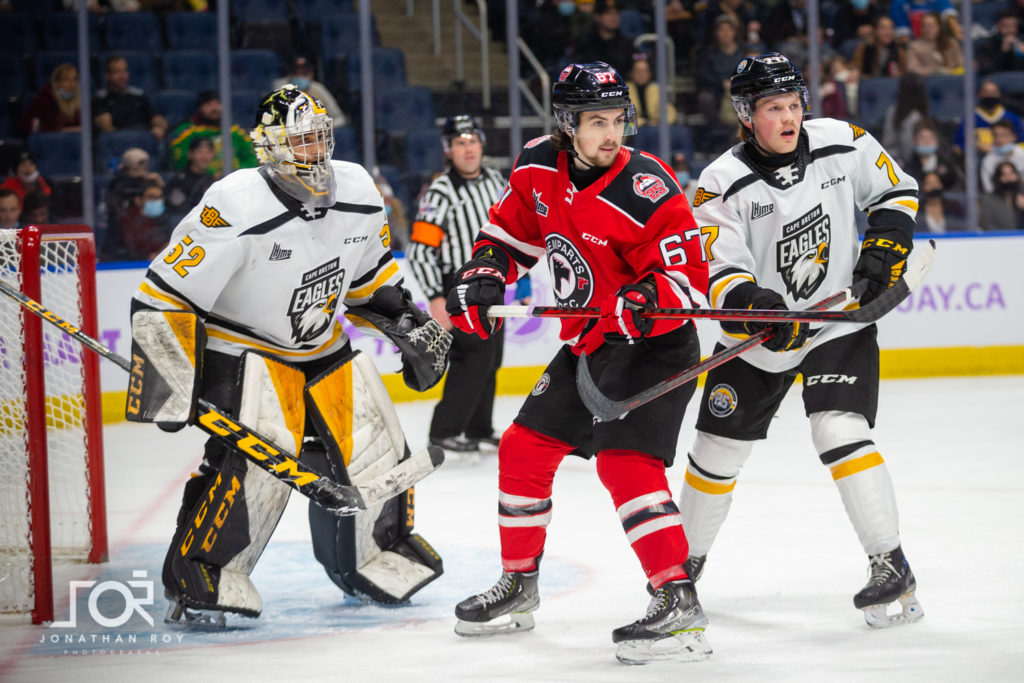 The Cape Breton Eagles three in three road trip kicked off successfully with a 3-1 win in Quebec City over the Remparts.

It was a tentative start to the game with not much in the way of scoring opportunities in the first half of the opening frame. Quebec took control of the game in the middle half of the opening stanza, and struck first when Théo Rochette sent a cross-crease pass to Zachary Bolduc, and he buried it to put the home side up 1-0.

The entire first period was played five on five, but a Remparts parade to the box in the middle period changed the complexion of the game. The third time was the charm, as after two successful Rempart penalty kills, Jacob Squires ripped a shot through a screen set by his brother Cam to knot the game at one.

The power play came through again in the third period for the Eagles, as Jérémy Langlois sent a heavy shot from the blueline that was tipped by Émile Hegarty-Aubin by William Rousseau. Quebec finally had their opportunity on the man advantage when Lucas Canning was sent off after the halfway mark of the period- but the Eagles killed off the penalty.

With under two minutes to go, Quebec coach Patrick Roy pulled Rousseau for an extra attacker and the home team applied constant pressure. The attack would end though as Hegarty-Aubin blocked a shot that bounced out to Ivan Ivan, who skated over centre and blasted the puck into the empty net to give the Eagles a 3-1 lead.

Ruccia stopped 42 of 43 shots in the victory, while Rousseau stopped 15 of 17 shots prior to the empty netter.

The Eagles are in action again late tomorrow afternoon when they visit the Chicoutimi Saguenéens. Puck drop is 5 PM Atlantic time. The game is available for purchase online at https://watch.chl.ca. You can also hear all the action beginning with the pre-game show with Patrick McNeil at 4:30 PM on 1270 AM CJCB or online at www.cjcbradio.com 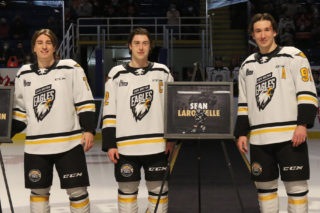 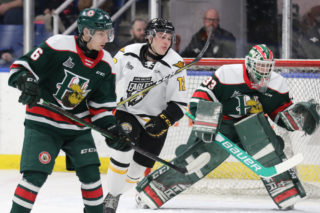 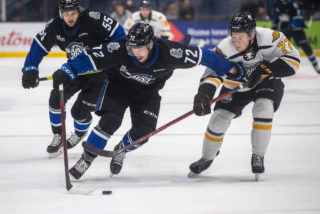 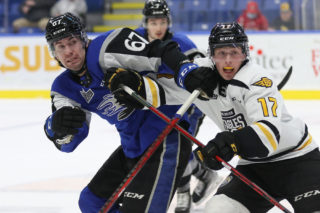