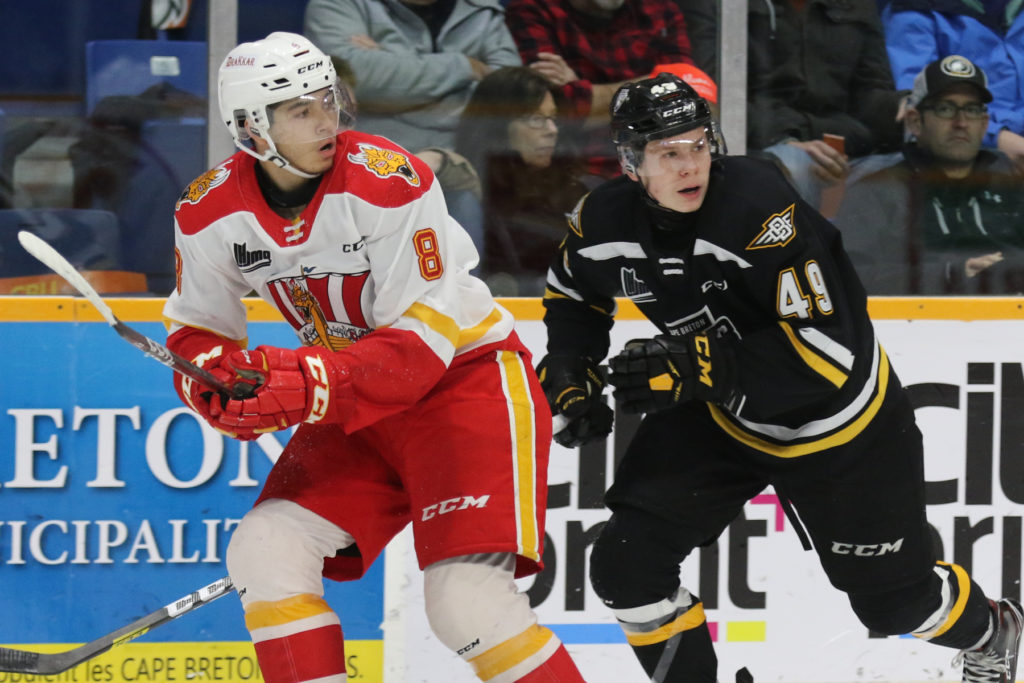 The Cape Breton Eagles will finish a three in three in the province of Quebec today as they take on the Baie-Comeau Drakkar.

The Eagles got off to the desired start on the road trip with a 3-1 win Friday night in Quebec City over the Remparts, but were defeated 4-2 in Chicoutimi on Saturday despite a two goal effort from Dawson Stairs.  The game wasn’t without other positives as the power play went for 1/2 after two power play goals on Friday, and the Eagles continued to receive strong goaltending as Rémi
Delafontaine stopped 46 of 50 shots.

The injury bug continues to be a problem as yesterday Cape Breton played with no 20 year old players.  Nicholas Girouard continues to be sidelined with a lower body injury, and it’s unlikely captain Sean Larochelle will play today while the club hopes for the return of Émile Hegarty-Aubin.

Baie-Comeau is currently last in the QMJHL with a record of 4-9-4- however they have won consecutive games and have a winning record at home this year at 4-3-1.  (The Eagles are ninth in the Eastern Conference with a record of 6-11-4, playing 4-5-2 on the road.)

Drakkar netminder Olivier Adam was a key to the two game win streak, stopping 54 of 55 shots. Overage forward Benjamin Corbeil is currently on a ten game point streak (with 14 points in that stretch), while the Eagles will also have to watch out for Pittsburgh draft pick Raivis Ansons who has 15 points in 13 games this year.

Today’s game is available for purchase online at https://watch.chl.ca. You can also hear all the action beginning with the pre-game show with Patrick McNeil at 1:30 PM AST on 1270 AM CJCB or online at www.cjcbradio.com