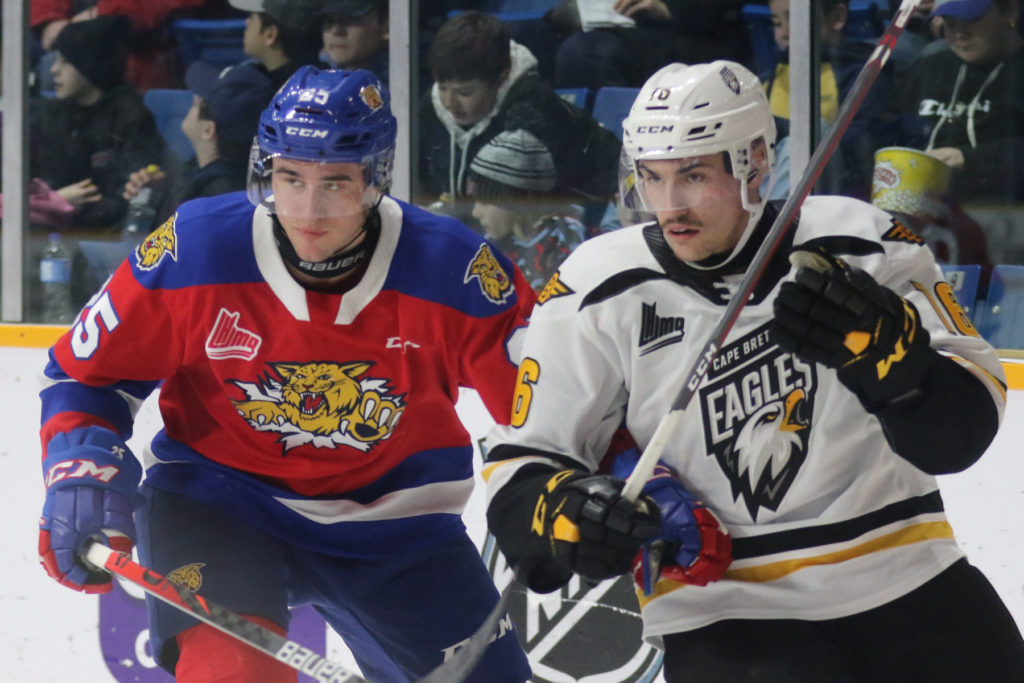 The Cape Breton Eagles are looking to stretch a seven game winning streak to eight- and make up key ground in the Maritime Division standings. The Eagles are in Moncton today to take on the Wildcats, and it’s a battle of the top two teams in the division.

The Eagles trail the Wildcats by just three points for the division lead (and second in the Eastern Conference). Cape Breton comes into the game with a record of 24-13-3 (9-7-2 on the road), good for fourth in the conference (the Eagles trail Rimouski by just two points.) Moncton is 27-12-0 (16-3 at home). It’s the seventh meeting of the season between the two sides. Moncton leads the season series 4-2, having won all three in Moncton (one of those three coming in a shootout).

Moncton is looking to snap a two game losing streak. Eagles players and staff were in attendance last night as Moncton was defeated 5-2 by Baie-Comeau. It pushed the Wildcats losing streak to two games as the Cats were shutout by the Eagles 5-0 in Sydney eight days ago. Last night marked the home debut for trade period acquisitions Gabriel Fortier (who scored both Moncton goals) and Benoit-Olivier Groulx. Jared McIssac did not play after returning from World Juniors but will likely play today. Wildcats netminder Olivier Rodrigue, who did not play as Canada’s third string goaltender at the World Juniors, didn’t start against Baie-Comeau but will likely get the call this afternoon.

Cape Breton is coming off back to back routs of Saint John- 7-2 and 8-2- and when combined with the victory over Moncton has outscored opposition 19-4 in the last three games. Derek Gentile shone in Friday’s victory with five assists in his first game after being named team captain.

Friday’s victory also saw the return to action of Eagles forward Shawn Boudrias and defenseman Jarrett Baker after missing Wednesday’s win against the Sea Dogs. This meant it was the first time Cape Breton iced a fully healthy lineup since the acquisition of forwards Tyler Hinam and Shawn Element along with defenseman Xavier Bouchard (with the exception of an upper body injury to backup netminder William Grimard.)

Puck drop for today’s game is at 4:00 PM, and you can catch all the action beginning with the pre-game show at 3:30 with Patrick McNeil on 1270 CJCB (or online at cjcbradio.com). Go Eagles Go! 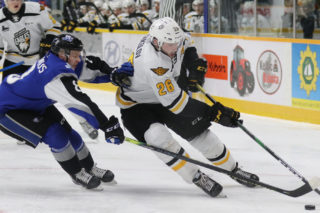