Eagles Return Home To Take On The Mooseheads 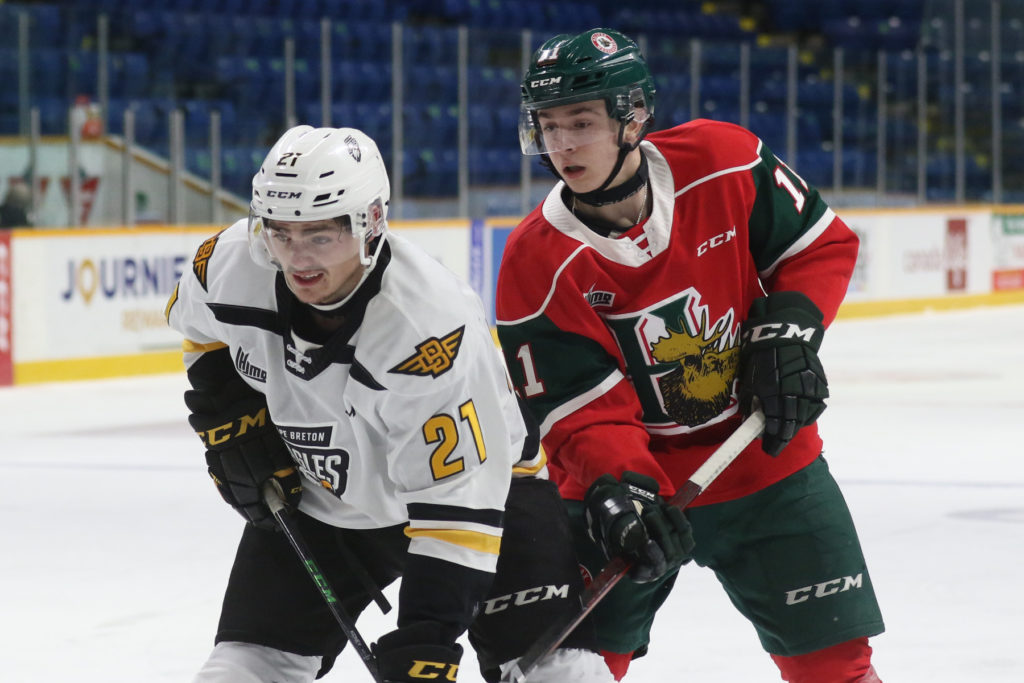 The Cape Breton Eagles will look to keep the momentum going against their arch-rival Halifax Mooseheads tonight at Centre 200. This evening marks the second in a three game set between the two sides with the Eagles winning 4-3 in the capital on Sunday afternoon.

It’s the tenth meeting of the season between the two clubs and the Eagles have won five of nine, one of those wins coming in overtime. Home ice has been anything but an advantage though- the Eagles 5-3 victory on October 23rd at Centre 200 being the only time the home club emerged victorious during the season series.

William Grimard was a big reason for the victory on Sunday afternoon in Halifax, stopping 39 of 42 shots in the victory. Also key were Dawson Stairs, who had his first career three point night, along with Émile Hegarty-Aubin and Nathan Larose who each had two points. Larose’s goal in the third period was the winner, while Stairs has a point in every game he’s worn an Eagles uniform.

With the victory, Grimard became the tenth goaltender in Eagles history to record 30 victories with the club. Sunday was also a special day for overage Eagles forward Félix Paré who played in his 200th game.

Halifax forward Bobby Orr scored twice in the loss on Sunday, his second straight multi point outing. Orr is helping pick up the slack on the offense from the two big guns the Mooseheads acquired from Moncton in the off-season as Zachary L’Heureux and Elliot Desnoyers have combined just one point in the last five Halifax games. On the other side of the ice, American defenseman Stephen Davis is getting more comfortable with the major junior game after de-committing from Boston College- he was the third star on Sunday afternoon playing a physical hard nose style of play.

The Mooseheads, just like the Eagles, have been hit hard by the injury bug. Rookie import Attilio Biasca left Sunday’s game in the first period, joining four other injured Halifax players including star import Senna Peeters. The Eagles dressed four affiliate players in Sunday’s game, and forward Trey Sturge along with defensemen Michael McQuaid and Jacob Christie are expected to suit up again this evening. Sturge, a Sydney native, scored his first career goal in Halifax on Sunday in just his second QMJHL game. The Eagles are still without defensemen Jérémy Langlois, Jarrett Baker, Zach Welsh and forward Jacob Santerre, Davis Cooper, and Logan Camp.

Tonight’s game goes at 7 PM. There is now limited availability to purchase tickets for Eagles home games- full details can be found at https://bit.ly/3jmSmML. The game will be broadcast on Eastlink Television and you can also hear all the action beginning with the pre-game show with Patrick McNeil at 6:30 PM on 1270 AM CJCB or online at www.cjcbradio.com 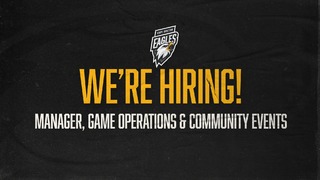 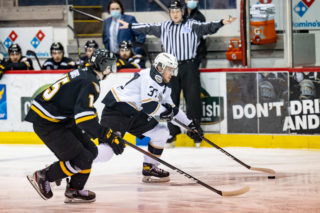 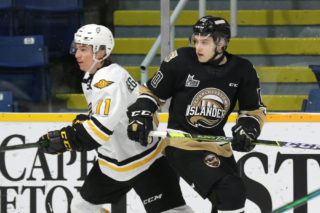 Eagles Return From Layoff To Battle Islanders
19 hours ago 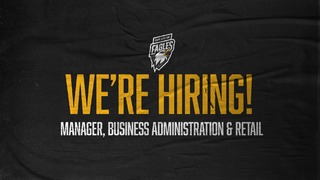 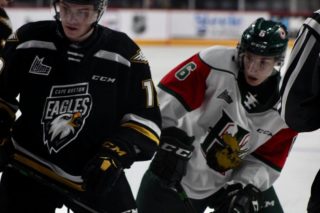 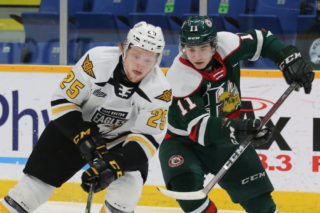