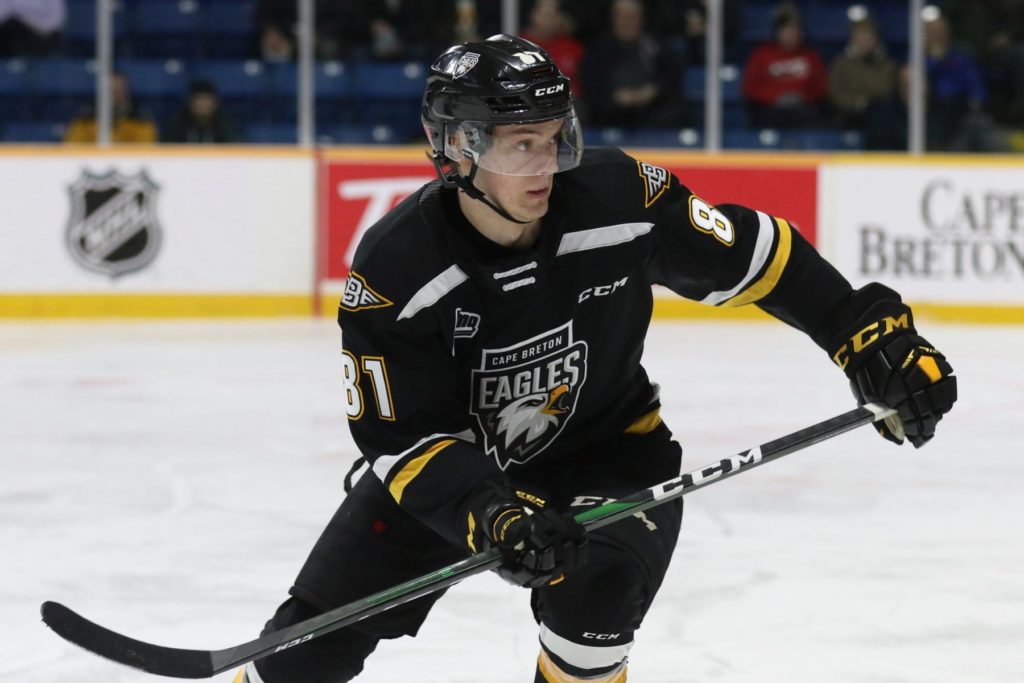 A two game home stand for the Cape Breton Eagles comes to an end this afternoon with a visit from the Drummondville Voltigeurs. It’s the only visit the Volts will make to Centre 200 this year, and thus far this season they’ve been one of the pleasant surprises in the QMJHL.

Drummondville comes to town on a three game winning streak, having won both contests on their Maritime trip that concludes today. The Voltigeurs have the second best record in the Western Conference, 14-7, while playing 7-3 on the road. The Eagles come into today’s game looking to snap a three game losing skid, holding a record of 12-6-1 (6-4 at home). Cape Breton is currently fifth place in the Eastern Conference- but only one point out of fourth, and only three points out of first place.

The Voltigeurs have turned over 17 players from a team that was built to win last season, but have started strong despite that the player loss. Helping lead the way is Xavier Simoneau, a former first round QMJHL draft pick who skated for Team QMJHL in this past week’s Canada/Russia Series. Simoneau has 31 points in 21 games, tied for the team lead with Dawson Mercer, also a first round QMJHL pick who played in the Canada/Russia Series, but who will miss today’s game due to a suspension.

Anthony Morrone has been steady for Drummondville in goal, with the fifth best save percentage in the league among regular goaltenders (.908). Another key in the Volts success has been a face very familiar to Eagles fans- forward Isiah Campbell.

Campbell was traded from Cape Breton to Drummondville in one of two trades the clubs made with each other in the off-season. The other deal saw the Eagles acquire Jarrett Baker in exchange for two draft picks and goaltender Jacob LeBlanc, who has served as a backup net minder this year for the Voltigeurs. The results of the deals have been great for both teams.

For the Eagles, Baker is currently in the top ten in points among defensemen (15 points in 19 games) and has the best +/- among all blueliners with a +19 rating. For the Voltigeurs, Campbell has produced at nearly a point a game pace (20 points in 21 contests) and is third in goal scoring for his club with ten.

Last night the Eagles received a boost with the return of forward Mathias Laferrière. He scored in last night’s game and put six shots on goal in his return to the lineup after suffering an injury on opening night and having not played since.

Today’s game goes at 4 PM. Tickets can be purchased at the Centre 200 box office, by phone at 902-564-2200 or online at https://tickets.capebreton.ca/Online/default.asp Go Eagles Go!