Eagles Ready For Rematch With Islanders 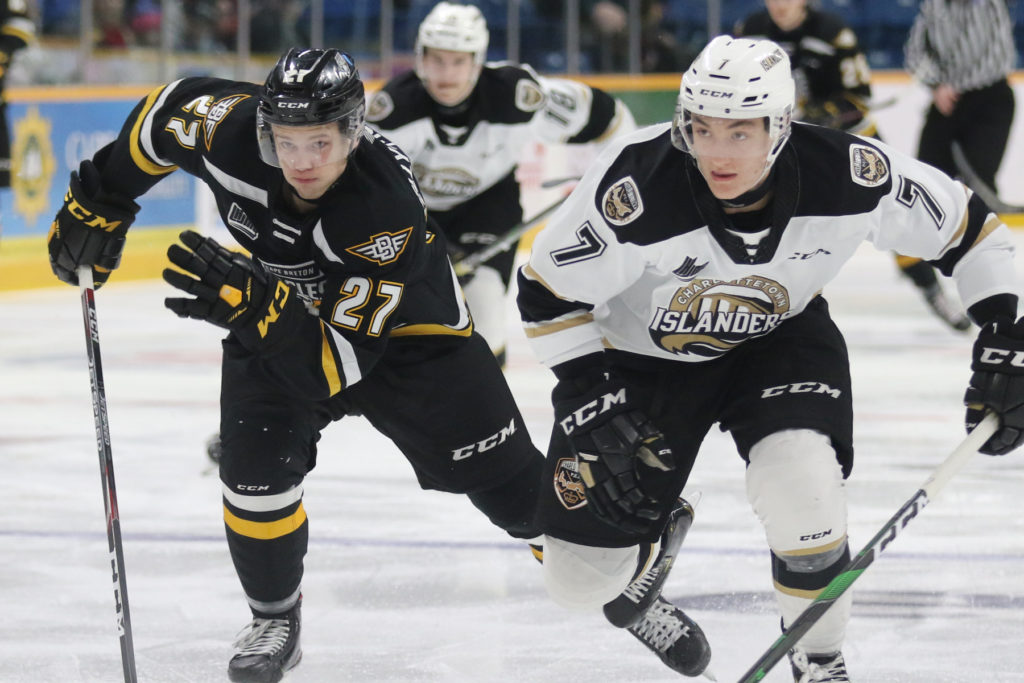 The Cape Breton Eagles will play the last game prior to a lengthy home stretch tonight in Charlottetown. The Eagles won the first of a two game weekend set last night, defeating Charlottetown 5-2.

Leading the way last night for the Eagles was the line of Egor Sokolov, Shawn Boudrias and Mathias Laferrière. The trio was put together due to the absence of Ryan Francis, and every member of the line recorded two points. Boudrias collected three points and set a milestone with his 200th point in the QMJHL. While that line scored tree times, Shawn Element scored the other Eagles markers.

Francis, along Charlottetown defenseman Lukas Cormier, were hoping to play in Friday’s game but did not arrive in time from the CHL Top Prospects Game. Should the weather cooperate, both are expected to play.

The absences were not confined to those with travel issues. Charlottetown is also without forwards Cédric Desruisseaux and Drew Johnston due to minor upper body injuries, while Eagles defenseman Xavier Bouchard did not make the trip to PEI due to illness.

Last night the Eagle were able to hold Charlottetown’s top two point getters- Thomas Casey and Brett Budgell- on Friday night. (Casey has 31 points in 40 games while Budgell has 35 points in 45 games.). The Eagles defence really took charge in the third period, not allowing a shot for the first 14 minutes.