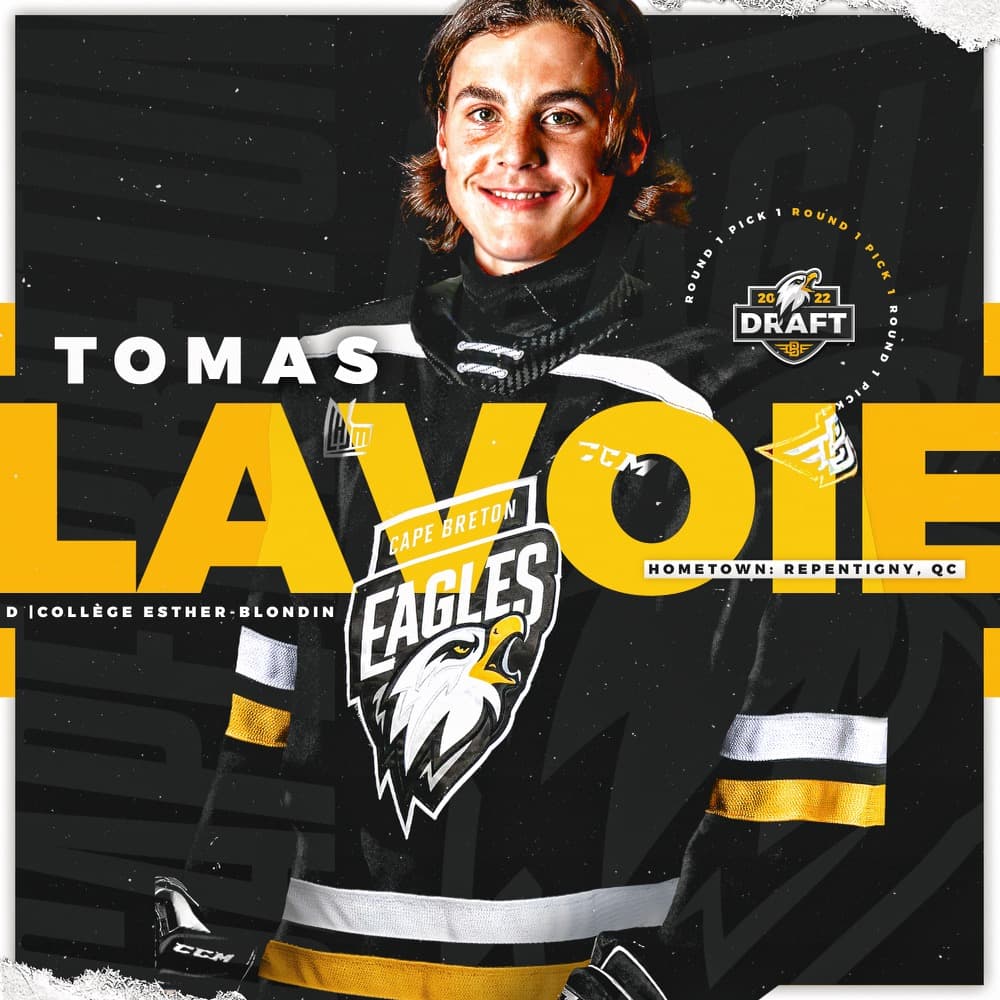 The Cape Breton Eagles kicked off the QMJHL draft by choosing defenseman Tomas Lavoie, and added forwards William Shields and Thomas Desruisseaux with additional first round draft choices. It’s the first time in franchise history the club has made three first round choices.

With the first overall pick, the Eagles selected the 6’3, 190 pound defenseman who played with Collège Esther-Blondin last season. Playing in the Quebec major U18 league, he scored seven goals and added 14 assists over 36 games.

Lavoie, accompanied by his family made the trip to Sydney as the selection was announced in front of team personnel & sponsors at the Cambridge Suites hotel. The selection was made by former Eagles star Pierre-Luc Dubois, who was on hand along with fellow former Eagles James Sheppard, Logan Shaw and Drake Batherson.

With the 11th pick, the Eagles tabbed Shields. (The pick originally belonged to Halifax and was acquired by the Eagles from Saint John.)  Last season Shields skated for Bishops Kearney Selects prep school in the USA, where he scored 62 goals and collected 52 assists through 79 games. The Falmouth, Nova Scotia native stands 5’9, 154 pounds.

Originally scheduled to choose 16th, the Eagles moved up to the 13th pick in a series of trades with Chicoutimi. (The end result of the trades saw the Eagles add picks 13 & 27 in exchange for picks 16 & 19, all in the 2022 QMJHL draft.)  The Eagles selected the 5’10, 146 pound Desruisseaux with the 13th choice. Last season with Lévis in the Quebec major U18 league he scored 12 goals and notched 11 assists in 27 games.

The Eagles hold the following picks for the rest of the entry draft, which begins at 10 AM tomorrow, in addition to picks 1 & 19 in the American draft. 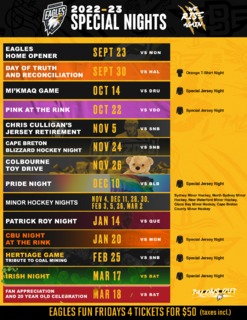 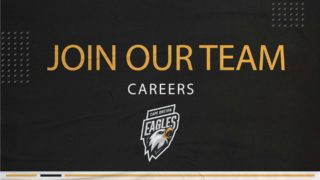 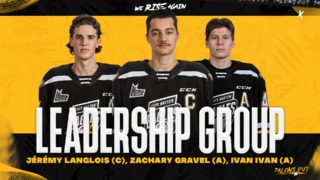 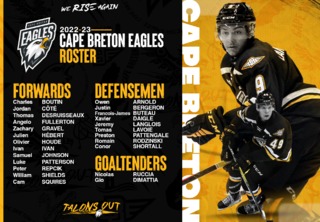