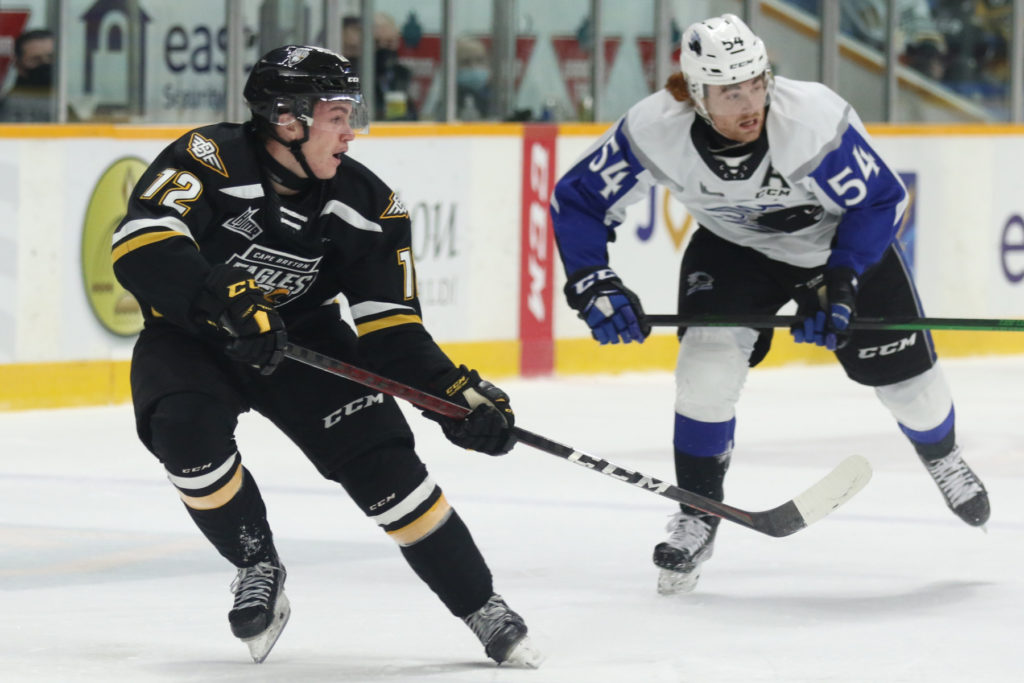 Despite the star power, the Sea Dogs have surprisingly had trouble scoring goals to start the season- while Dufour and 19 year olds Josh Lawrence & Brady Burns are all producing at a point per game clip, they are only the players on Saint John with more than one point. After losing their first four games of the season, the Port City club hopes the tide has turned after a 3-1 win in Charlottetown on Monday.

Guiding this Saint John club is a familiar face- Gordie Dwyer. He was the head coach of PEI/Charlottetown from 2011 to 2015, and played against the Eagles during the 1998 playoffs with the Quebec Remparts. Traditionally he coaches clubs that play a physical style of game.

This weekend is another test for a battle-worn Eagles club who finished a three game home stand with overtime losses against Bathurst & Shawinigan, both teams that are expected to contend for the President’s Cup. The Eagles were able to hold Shawinigan to 28 shots on Wednesday, and overager Nicholas Girouard scored twice as he continues a strong start to his first season in Cape Breton.

Tonight will mark Girouard’s first game in Saint John since an off-season trade sent him to the Eagles. One player who unfortunately will not be playing for the Eagles this weekend the Eagles is 17 year old forward Lucas Canning, who suffered an upper body injury in the game against Shawinigan on Wednesday.

Coming into this evening, the Eagles hold a record 1-2-3 (1-0-1 on the road) while the Sea Dogs are 1-3-1 (0-1-1 at home). Tonight’s game is available for purchase online at https://watch.chl.ca. You can also hear all the action beginning with the pre-game show with Patrick McNeil at 6:30 PM on 1270 AM CJCB or online at www.cjcbradio.com