Eagles In The Provincial Capital To Take On Mooseheads 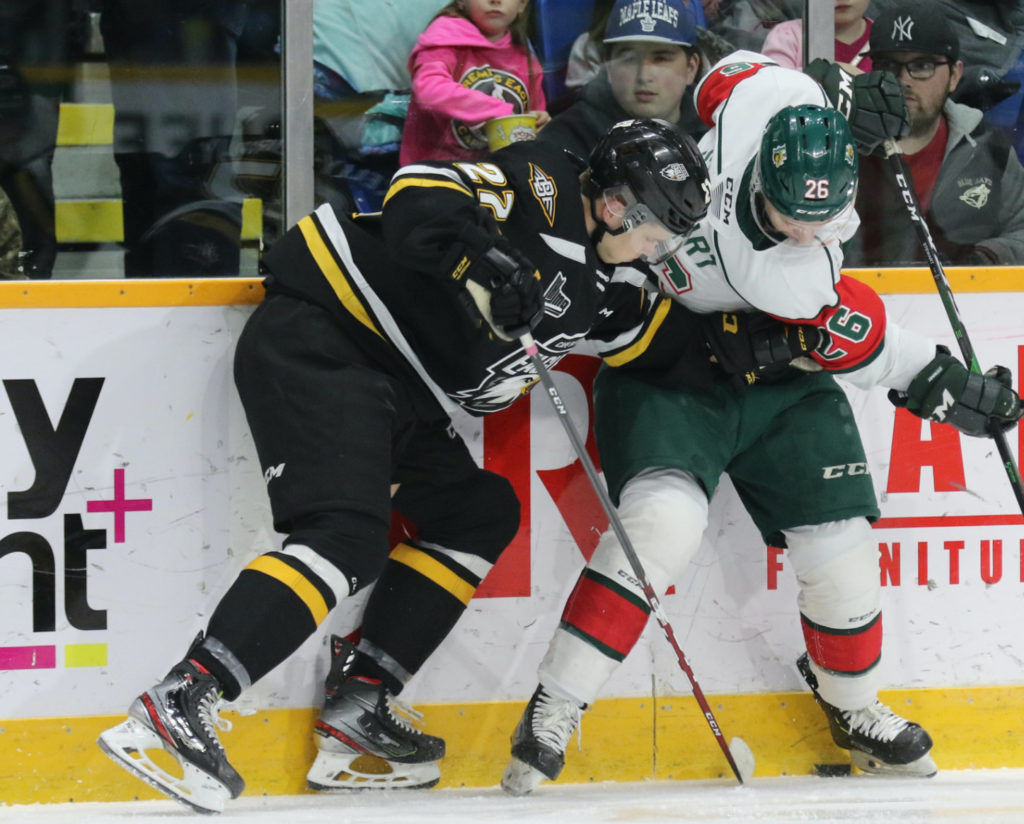 The Cape Breton Eagles will look to take Wednesday’s winning form on the road as they visit the Halifax Mooseheads for another instalment of the Battle of Nova Scotia.

The Eagles are coming off a spirited 6-1 win over the Quebec Remparts at Centre 200 three nights ago. The Eagles penalty kill continues to be outstanding in recent outings, killing off all eight Remparts power plays Wednesday in addition to scoring two short handed goals.

Coming into this evening’s contest the Eagles are in fourth place in the Eastern Conference with a mark of 38-19-3 (15-12-2 on the road). The Eagles are three points back of Rimouski for third place, with two games in hand, and a potential opportunity to make up ground with Rimouski visiting a strong Chicoutimi club tonight. The Eagles have dominated the provincial rivalry this year, winning six of seven games against Halifax, including three of four meetings at Scotiabank Centre.  While the teams have almost completed their season series, it’s the first meeting of the two clubs in 2020.

While the Eagles have clinched a playoff berth and are battling for positioning, the Mooseheads are just trying to get into the dance. Halifax is on a seven game losing streak heading into tonight’s showdown. The Mooseheads record this season is 19-37-5 (9-13-3 at home) and they currently trail Gatineau by four points for the final playoff spot, although Halifax does hold a game in hand.

Late February did bring some good news for Halifax with the return of defensemen Justin Barron. The 18 year old blueliner is expected to be a first round NHL draft by this June, but was out of action from November 30th to February 26th, missing four games against the Eagles in the process.

Halifax was defeated 3-1 by Quebec last night, with the line of Kevin Gursoy, Zack Jones, and D’Artagnan Joly producing the only Mooseheads goal. The trio has been Halifax’s top line in recent outings, and all three players have had at least a point in five of their last six games.

On the Cape Breton side of the puck, overage forward Tyler Hinam has made the trip this weekend after missing Wednesday’s game at Centre 200. The Eagles are still without defensemen Jérémy Langlois and Jarrett Baker. As a result of the injuries, the club has called up defenseman Jacob Christie for his QMJHL debut. The 17 year old Christie was chosen in the ninth round of this past June’s QMJHL draft, and had 22 points in 33 games in the regular season with Dartmouth of the Nova Scotia Major Midget.