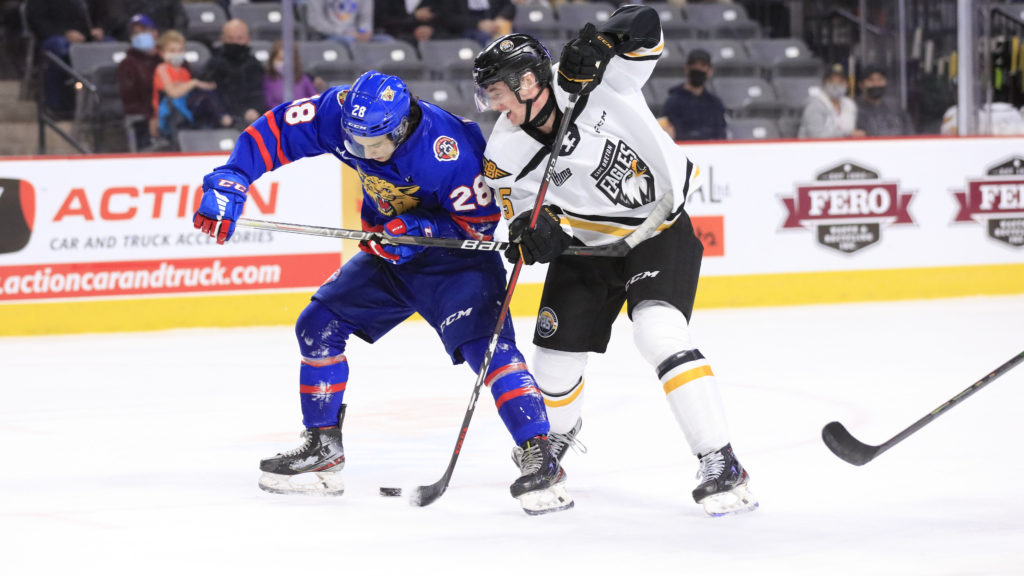 The Cape Breton Eagles will debut the team’s new third jersey this afternoon, against an old foe that hasn’t been seen in a while at Centre 200.

Outside of pre-season games, the Moncton Wildcats haven’t played at Centre since January 28th, 2020. This afternoon’s game game will be a rematch from Friday’s game in Moncton, when the Wildcats topped the Eagles 6-5 in a shootout.

Friday’s game saw the Eagles march out to a 5-1 lead, only to have Moncton score four unanswered goals before recording the shootout victory in the first matchup of the season between the two clubs. Heading into today’s game, Moncton has a record of 1-2-0 while the Eagles are 1-1-1. Moncton is 0-1 on the road while the Eagles are 0-1 on home ice.

Dawson Stairs opened the scoring on Friday night for the Eagles, and currently leads the club in scoring with four points in three games. Friday also saw overager Nicholas Girouard find the back of the net for his first in Eagle colours, while Ivan Ivan also scored his first in his return to QMJHL action after a year at home in the Czech Republic.

For Moncton, Maxim Barbashev stepped up in the absence of a number of injured Wildcats. Much like Eagles defenseman Jérémy Langlois, Barbashev is late 2003 birthday that will get attention from NHL scouts in his draft year- in part due to showings like his three point night on Friday. Another likely draft choice in 2022, Yoan Loshing, had a two point night for Moncton on Friday.

Tickets for today’s game can be purchased at https://www.ticketmaster.ca/cape-breton-eagles-tickets/artist/891825. They are also available for purchase in person at the Centre 200 box office and by the phone during box office hours (Mon-Fri, 11AM to 4 PM) at 902-564-2200