Eagles Host Sea Dogs In Mid-Week Tilt At The Nest 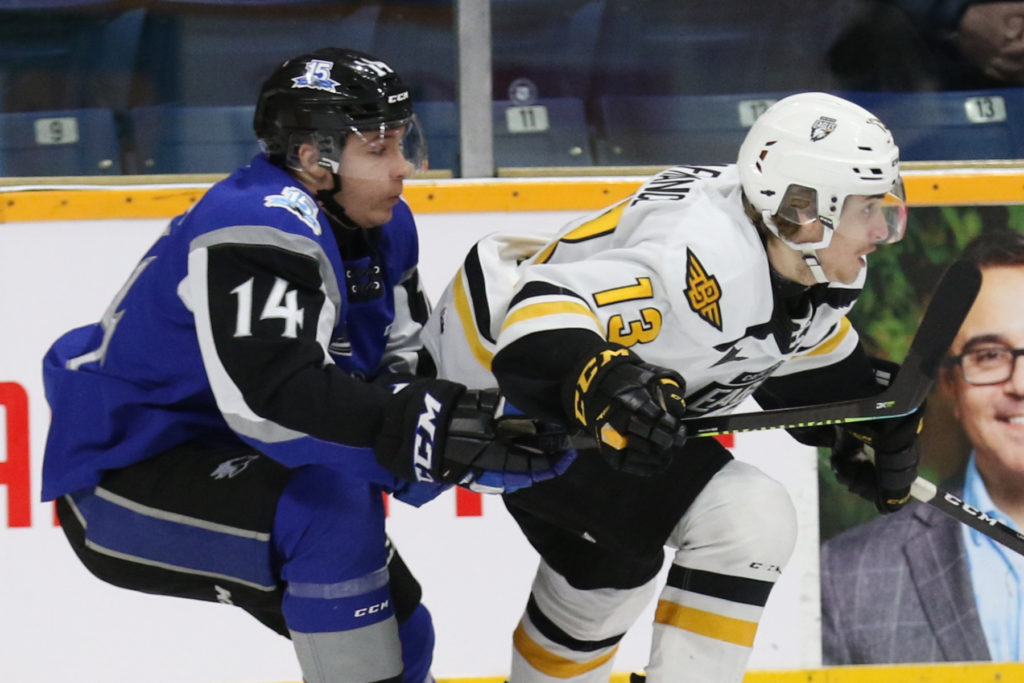 The Cape Breton Eagles are back on home ice this evening for their first weekday game of the season. And for the first time in 2020-21, the Saint John Sea Dogs will provide the opposition at Centre 200.

It’s the third time that the two teams have met this season, with the Eagles and Dogs splitting two games in Saint John at the end of October. Coming into tonight’s game the Eagles are tied for fifth in the Maritime Division with a record 6-8, playing 4-3 at home. Saint John comes into tonight on a three game winning streak with an overall record of 5-5-4. But they are looking for their first road win, with a record of 0-3-2 thus far.

An Eagles rally fell short on Saturday night in Charlottetown- the Eagles were able to produce a late power play goal and swarmed the net, but were unable to find a tying goal. The big guns continue to produce for the Eagles though- captain Shawn Element leads the league in assists (17) and has the longest point streak in the league with a point in all 14 games.

Calgary draft pick Ryan Francis has 18 points in 14 games for Cape Breton. As expected there has been offense from the defense as well, with Nathan Larose leading blueliners in goals with 9 while Jarrett Baker places second in points with 18.

Saint John has star power on its blueline as well, with NHL drafted Jérémie Poirier (Calgary) and William Villeneuve (Toronto). But fellow 18 year old Charlie DesRoches has been the star of the show as of late, leading his team in scoring and having been named to the QMJHL’s team of the week with seven points over three games.

Tonight’s game goes at 7 PM. There is now limited availability to purchase tickets for Eagles home games- full details can be found at https://bit.ly/3jmSmML

The game will also be streamed online available for purchase at qmjhl.neulion.com/qmjhl. You can also hear all the action beginning with the pre-game show with Patrick McNeil at 6:30 PM on 1270 AM CJCB or online at www.cjcbradio.com