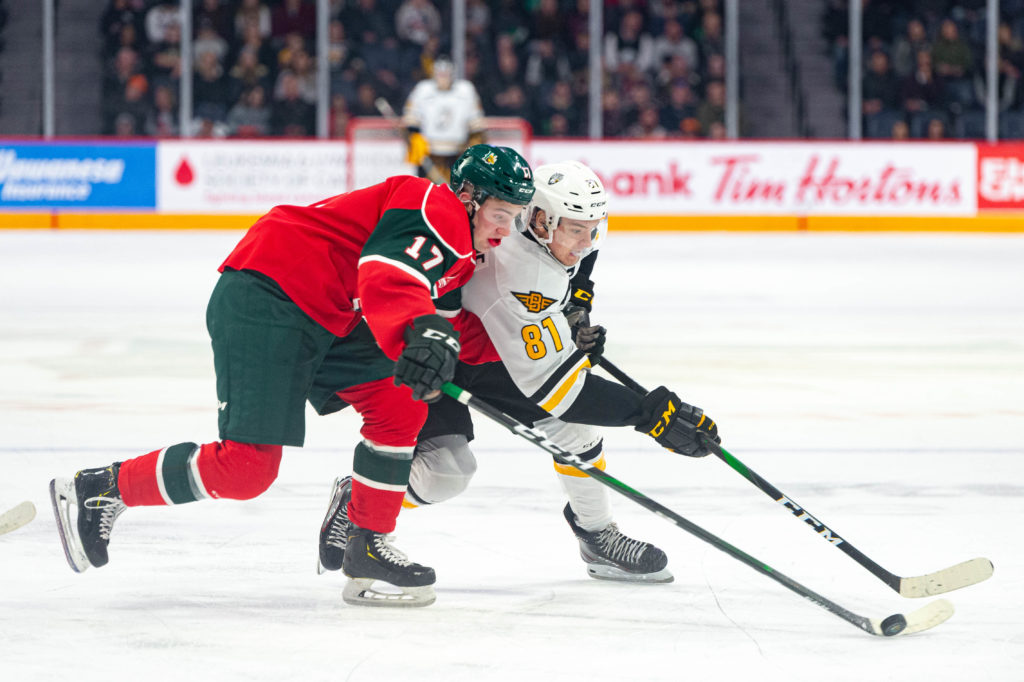 For the final time prior to the QMJHL’s Christmas break, the Cape Breton Eagles will take to the ice as they host the Halifax Mooseheads at Centre 200. It’s Wawanesa Toy Drive Night at the Nest, as fans attending the game are encouraged to bring a new or unwrapped toy to the game.  Those donating a toy will be eligible to win a trip to the 2020 Memorial Cup Presented by Kia.

It will be a rematch from last night’s game, a back and forth encounter that saw the Mooseheads come out on top for the first time in four meetings between the Nova Scotian rivals. It’s also the final time the two sides will face off before the annual Hurley Cup series.

Last night’s 6-5 game was a big night for Halifax’s big guns Maxim Trépanier and Benoit-Olivier Groulx- each with three points, as Groulx notched a hat trick and Trépanier scored twice. After Shawinigan’s Mavrik Bourque was held pointless last night, the two Halifax forwards have the longest current point streaks in the QMJHL- Trépanier on a 14 game run (with 23 points), with Groulx on a 13 game streak (24 points).

For the second straight game Eagles forward Shawn Boudrias was shifted off his usual line with Egor Sokolov and Ryan Francis, and all players have produced as a result, with Sokolov scoring twice last night and Boudrias also hitting the back of the net. Last night also marked the return of Cape Breton goaltender Kevin Mandolese, who came into the game in the third period in relief of William Grimard. Thus far this season the Ottawa Senators draft pick has a save percentage of 904.

Fans attending these evening’s game are invited to arrive early as there will be an informal meet & greet with Eagles majority owner Irwin Simon and team president Gerard Shaw. They’ll be joined by CBRM mayor Cecil Clarke.

Puck drop tonight is at 7 PM. Tickets can be purchased at the Centre 200 box office, by phone at 902-564-2200 or online at https://tickets.capebreton.ca/Online/default.asp Go Eagles Go!