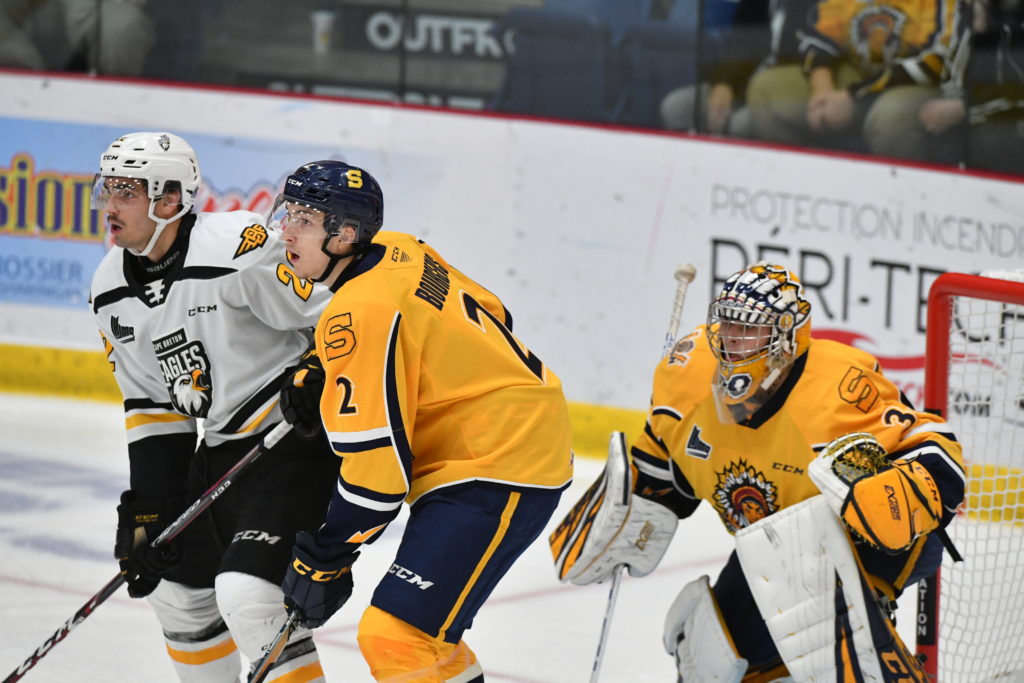 The Cape Breton Eagles will look to build a winning streak as a home stand continues tonight at Centre 200. This evening’s opposition is the Shawinigan Catractes, who are making their only visit to Sydney this season.

Coming off a 4-3 loss in a shootout against Saint John last night, the Eagles are tied for fourth in the Eastern Conference with a record of 15-9-2 (8-5-1 at home). Shawinigan is in sixth place in the Western Conference, with a record of 13-12-0 (4-8-0 on the road.). It’s the second and final meeting of the season between the two teams- 13 days ago Shawinigan topped the Eagles 6-3 in Quebec.

In earning a point in the standings last night the Eagles were happy to get production from Egor Sokolov, who scored twice in the loss to Saint John. The Cape Breton forward has moved into third place in the QMJHL scoring with 43 points in 26 games. The Eagles are tied with Charlottetown but hold two games in hand on the Islanders, and are just three points back of Rimouski for third rank.

With a number of absences due to injury, and Shaun Miller serving the second of a four game suspension, the Eagles have called up forward Matthew Gordon who will make his QMJHL debut tonight. The 18 year old currently has 16 points in 22 games with Truro in the MHL. He has played 11 games of major junior hockey with the OHL’s Kitchener Rangers spread over two seasons.

Shawinigan comes into tonight’s game on a three game winning streak and having won five of their last six games. Mavrik Bourque is tied for seventh in the league with Cape Breton’s Ryan Francis. Bourque is on an 11 game point streak (23 points in that stretch). Fellow Catarctes forward Jérémy Martin is also coming off an appearance on the QMJHL’s team of the week, and leads the league with a 38.9% shooting percentage.

The Cataractes will have some fan support as well tonight as Eskasoni’s Leon Denny will be in the Shawinigan lineup. The 19 year old blueliner has yet to score this season but has been very effective at his own end of the ice.
,
This evening’s game goes at 7 PM. Tickets can be purchased at the Centre 200 box office, by phone at 902-564-2200 or online at https://tickets.capebreton.ca/Online/default.asp Go Eagles Go!