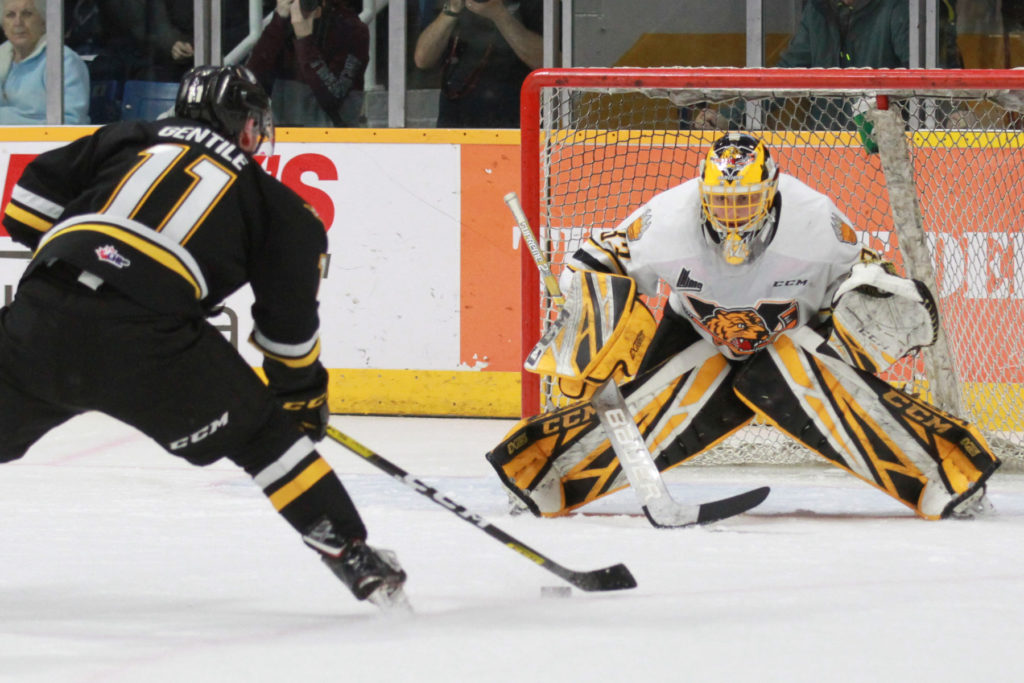 The Cape Breton Eagles will look to get a victory as they finish up a three game, three night road trip in Victoriaville to take on the Tigres.

Whichever club wins tonight will break a two game losing streak. The Eagles were defeated in Sherbrooke on Thursday and in Shawinigan last night, while Victoriaville was defeated 4-1 at home by Rimouski last night following an overtime loss last weekend at home against Saint John.

The Eagles remain tied for fourth in the Eastern Conference with the Charlottetown Islanders. The Eagles are currently 13-8-1, with a record of 6-4-1 on the road. Victoriaville is last in the Western Conference, one point back of the final playoff spot. The Tigres are 6-13-1 with a 3-6-3 home record. Tonight is the second and final meeting of the season as the Eagles topped the Tigres 4-3 at Centre 200 on October 24th.

Cape Breton has enjoyed offensive production on the backend in recent games from Nathan Larose, who has two multi-point outings in his last three games. With Adam McCormick out of the lineup on this road trip, it’s also allowed other defenseman to get increased ice time. Last night rookie Jérémy Langlois saw both penalty kill and power play time, while Logan Kelly-Murphy has assumed McCormick’s role in the top four for the weekend.

The defence could take a hit as well as last night Tigres defenseman Jérôme Gravel was given a five minute major for hair pulling and may be absent from tonight’s game. (Overage forward Anthony Poulin was also given a game misconduct after engaging in a fight while another was already in progress.). Victoriaville does still have Toronto draft pick Mikhail Abramov, who is producing an over a point a game and eight in his last four contests.

Puck drop for tonight’s game is at 8 PM Atlantic, and you can catch all the action beginning with the pre-game show at 7:30 with Patrick McNeil on 1270 CJCB (or online at cjcbradio.com). Go Eagles Go!