Eagles Finish Home Stretch With A Game Against Wildcats 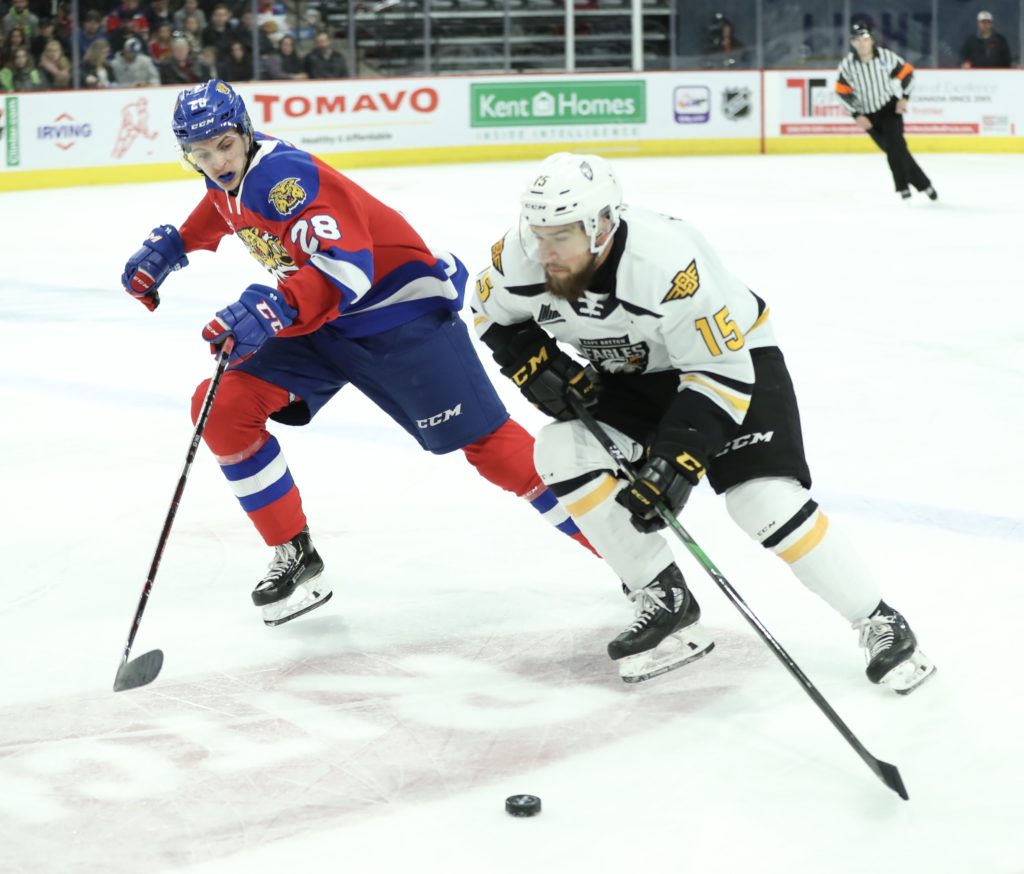 A five game home stand comes to an end for the Cape Breton Eagles this afternoon as they take on divisional rival Moncton.

The Eagles will look to a snap a two game skid this afternoon, coming off a 4-2 defeat to Shawinigan on Thursday on home ice. Moncton was last in action on Friday, winning 8-5 against the Blainville-Boisbriand Armada on home ice.

Shawn Boudrias was a star for the Eagles in the loss to Shawinigan, scoring twice, while William Grimard continues to progress in his 18 year old season as he’s given the ball in Kevin Mandolese’s absence. In his last three starts Grimard has posted a save percentage of 953 through his last three starts.

The Wildcats come into this afternoon’s game on a four game winning streak. Their captain Jakob Pelletier has been outstanding in 2019-20, with many feeling he’ll earn an invitation to Team Canada’s training camp for the World Juniors. He’s averaging two points per game in the last 17 games. In goal Moncton has had no issue in goal as Olivier Rodrigue (also on Hockey Canada’s radar) has the second best goals against average (2.42) and second best save percentage among starting netminders (916.)

This afternoon’s game goes at 4 PM. Tickets can be purchased at the Centre 200 box office, by phone at 902-564-2200 or online at https://tickets.capebreton.ca/Online/default.asp Go Eagles Go!