Eagles Edged By Wildcats In Tight Overtime Game In Moncton 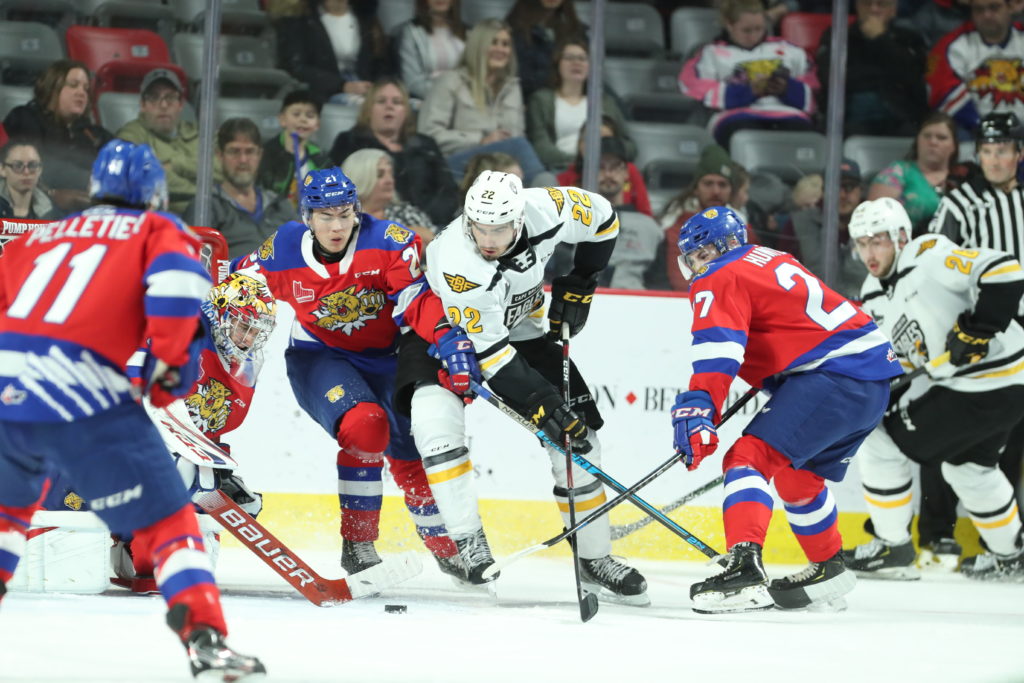 For the second straight time in Moncton, the Eagles and Wildcats had a hard fought 2-1 game, this one seeing Moncton prevail in overtime.

Cape Breton would have their power play in the late stages of the period, carrying over to the second, but were unable to score on either end of the man advantage. Period two would see a breakthrough though- Alexander Khovanov all alone in front to cash in on a rebound to put Moncton ahead 1-0.

The third period would see the Eagles get their breakthrough, at the 13:42 mark. Kyle Havlena unleashed a heavy shot that hit the crossbar on the inside of the net for his first of the season, and it was a tie game.

There was one more test for the visitors though before getting to the extra session. Adam McCormick was sent off for hooking in the final two minutes. Moncton kept the pressure in the Eagles zone but couldn’t find the back of the net and the game went to overtime.

The power play extended into the extra session, but the Wildcats couldn’t find a goal 4 on 3- nor 4 on 4 when McCormick got out of the penalty box. But with the teams playing three on three, it would be Moncton that would find the game winner, as Khovanov ripped the puck through the legs of William Grimard at 2:40 of overtime.

Olivier Rodrigue stopped 23 of 24 shots in the win, while Grimard turned aside 38 of 40 in the loss.

The Eagles will return to home ice for their next game on Saturday night, November 9th, against the Charlottetown Islanders. Puck drop is at 7 PM, and tickets can be purchased at the Centre 200 box office, by phone at 902-564-2200 or online at https://tickets.capebreton.ca/Online/default.asp

Final Shots On Goal: 40-24 in favour of Moncton