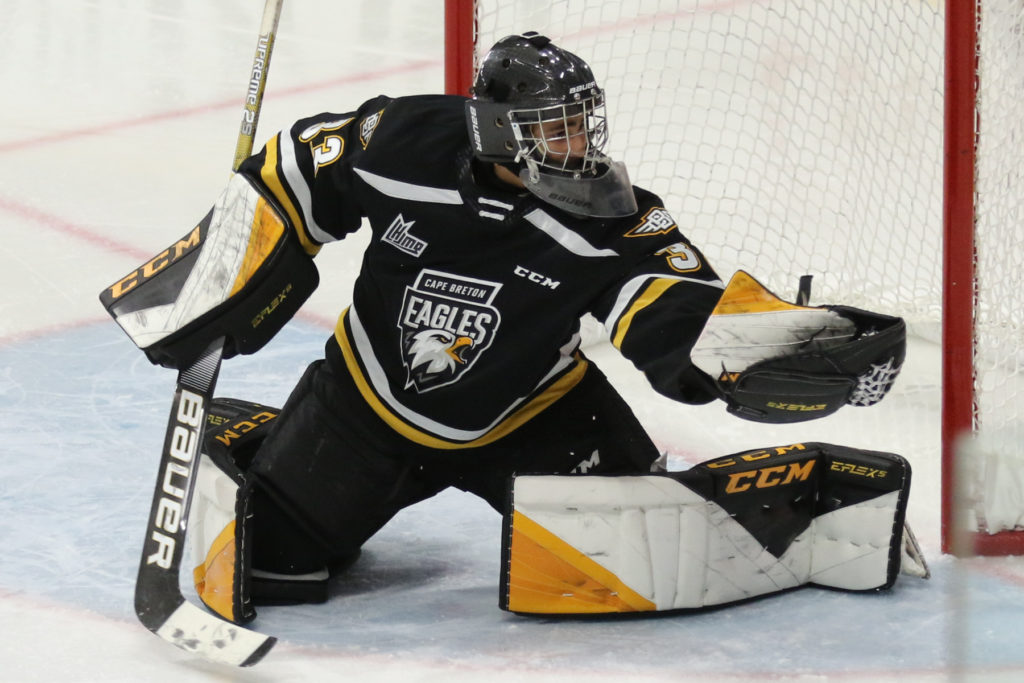 For the first time in the young season the Eagles were the first team to score, thanks to good some work by Liam Kidney. Oscar Plandowski came out from behind the Islanders net, cutting to the middle of the ice but Kidney jabbed the puck away from the Charlottetown blueliner. Alone inside the hashmarks Kidney ripped the opening goal by Charlottetown goaltender Jacob Goodie.

The lead would double thanks to the Eagles power play. Both teams earned one man advantage in the opening twenty minutes, and the Eagles didn’t take long taking advantage of theirs. 12 seconds into the power play Nathan Larose ripped a shot from the top of the left face-off circle and the Eagles took a 2-0 lead to the break.

Rookie Sam Oilver got the visitors on the scoresheet in period two, wiring a Thomas Casey pass over Ruccia to cut the lead in half. The Eagles responded though, as veteran forward Émile Hegarty-Aubin potted his first goal in Eagle colours from the slot to restore the two goal margin as the Eagles led 3-1 at the end of period two.

The Eagles did not take long into the third period adding to the lead as Jarrett Baker fired a shot from the blueline by Jacob Goobie just 35 seconds into the frame. Charlottetown pushed back again, as Cédric Desruisseaux backhanded a Casey pass through Ruccia to make it a 4-2 score.

That would be all for the Islander attack, however. The Eagles offense generated multiple odd man rushes after the half way mark, and converted on two of them thanks to Shawn Element. The captain first elected to keep on a 2 on 1 and snapped one by Goobie to make it 5-2. Under three minutes later Element passed to Félix Lafrance who converted to finish the night’s scoring.

Ruccia picked up the win in his first QMJHL start, stopping 25 of 27 shots. Goobie took the loss, allowing six goals on 22 shots.

The Eagles now hit the road for their first visit to the province of New Brunswick, taking on the Acadie-Bathurst Titan on Friday night. Game time is 7 PM. The game will be streamed online, available for purchase at qmjhl.neulion.com/qmjhl. You can also hear all the action beginning with the pre-game show with Patrick McNeil at 6:30 PM on 1270 AM CJCB or online at www.cjcbradio.com

Final Shots On Goal: 27-22 in favour of Cape Breton 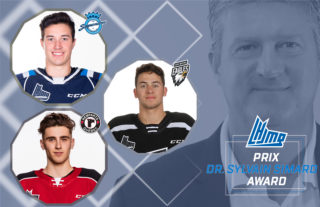