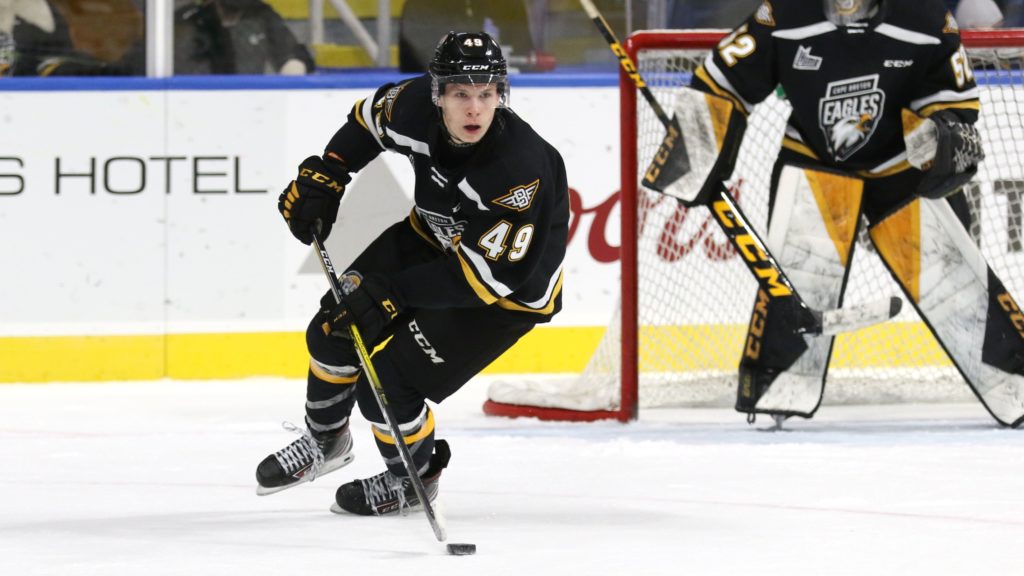 Coming off consecutive wins, the Cape Breton Eagles will head to the international-size ice surface in Chicoutimi today to take on the Saguenéens featuring a very familiar face.

Félix Lafrance spent 2.5 seasons with the Eagles before being moved to Chicoutimi last season at the trading deadline, and he has provided an offensive boost for the Sags since then. Lafrance has 30 points in 15 games and is fifth in league scoring. (The trade saw the Eagles land netminder Rémi Delafontaine, Mark Rumsey and a second round pick in 2022).

Lafrance’s Sags are on a four game winning streak, thanks to a three for three trip in the Maritimes and plenty of goal scoring. 19 year old forward Thomas Belgarde is having a breakout campaign with 20 points in 19 games, while first year Slovakian has also averaged a point a game.

The Eagles most recent wins came in the form of strong goaltending from Nicolas Ruccia, who has been named a star in the three consecutive starts. Last night he was spectacular, stopping 42 of 43 shots. The Eagles also received significant production from the power play, which went two for four in the win in Quebec against the Remparts. (Today marks the second of three games in three nights for the Eagles this weekend in Quebec)

Today the Eagles will regain the services of defenseman FJ Buteau, who missed Friday’s game in Quebec due to a suspension. This comes off the heels of good news in the game against the Remparts which saw the return of captain Sean Larochelle and alternate captain Connor Trenholm.

Today’s game is available for purchase online at https://watch.chl.ca. You can also hear all the action beginning with the pre-game show with Patrick McNeil at 4:30 PM on 1270 AM CJCB or online at www.cjcbradio.com