Eagles Close Out Homestand With Visit From Wildcats 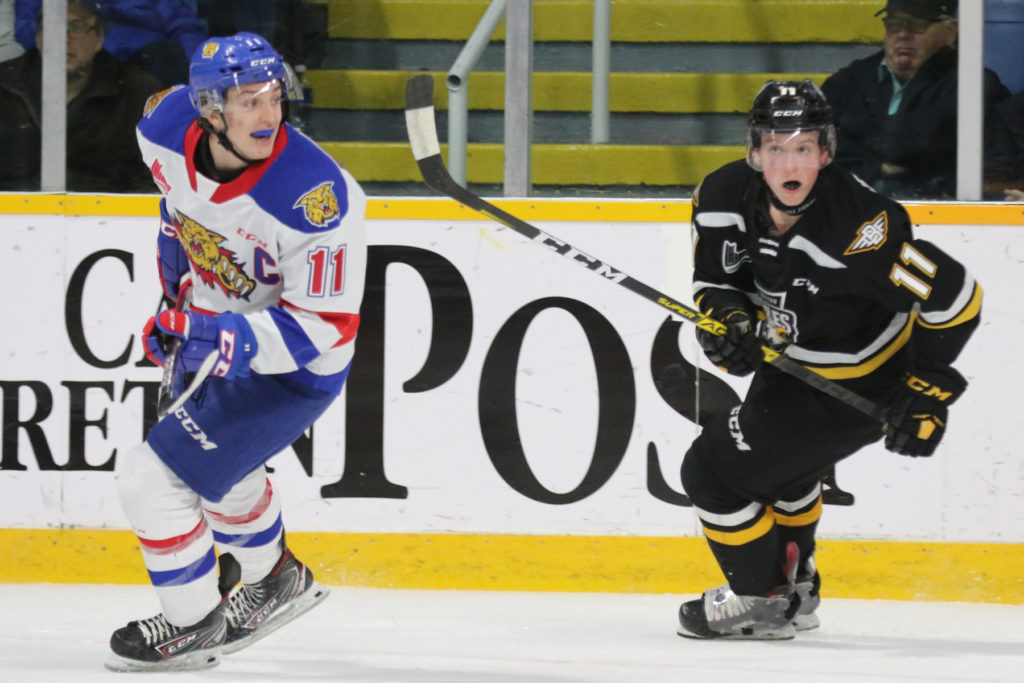 The Cape Breton Eagles will finish a four game home stand on a four game winning streak as they host the Maritime Division leading Moncton Wildcats tonight at Centre 200. It’s a quick turnaround for both sides as last night the Eagles topped the Bathurst Titan 4-3 in a shootout while Moncton defeated the Halifax Mooseheads 7-3.

The Eagles defeated Moncton 5-4 on December 1st in Sydney, and the Wildcats, despite their high standing in the QMJHL, have been through some turmoil since then. That day Darryl Boyce was coaching Moncton as head coach John Torchetti was mysteriously on a leave of absence. On December 23rd, the Wildcats reached into their past and found their new head coach- Daniel Lacroix, who coached the team in 2004-05 and since then has spent over a decade as an assistant coach in the NHL.

Both the Eagles and Wildcats have bolstered their rosters since the last meeting on December 13th in Moncton. Shawn Element has scored three goals in four games as an Eagle, while Xavier Bouchard has four points in four games with a +3 rating. Moncton has made multiple blockbuster trades, bringing in 19 year old forwards Benoit-Olivier Groulx (an Anaheim draft pick and the final cut from Team Canada’s World Junior team) and Tampa Bay draft choice Gabriel Fortier.

The Eagles continue to miss Russian star forward Egor Sokolov, who is away at the World Juniors where he is teammates with Moncton’s Alex Khovanov. Moncton is also without star netminder Olivier Rodrigue who is part of Team Canada.

Last night the Eagles received a boost when Cole Fraser returned to the lineup and scored his first goal as an Eagle. After being a healthy scratch last night, forward Mathias Laferrière is expected to return to the lineup tonight. The Eagles are hoping he can recapture the offence from last season when he produced 74 points in 68 games.

This evening’s game goes at 7 PM. It’s also ticket redemption night at Centre 200. Tickets can be purchased at the Centre 200 box office, by phone at 902-564-2200 or online at https://tickets.capebreton.ca/Online/default.asp Go Eagles Go!