Eagles Back On Home Ice Tonight Against Titan 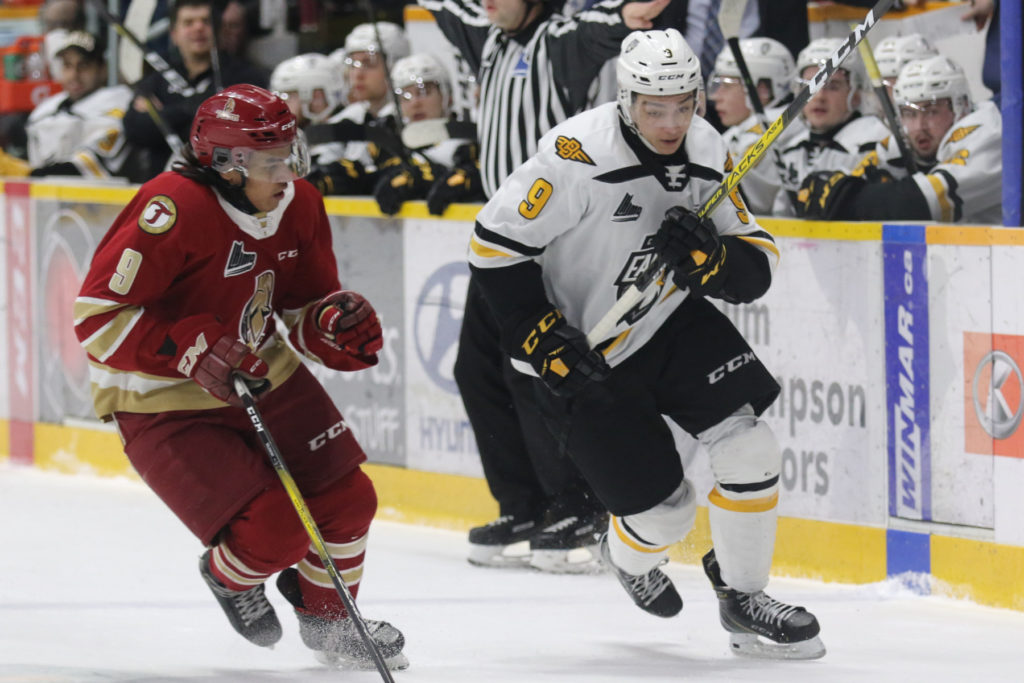 After 18 days away from home and a 4-2 road trip, the Cape Breton Eagles are finally back on home ice as they take on the Acadie-Bathurst Titan.

With a 7-3 win in Gatineau to conclude the lengthy trip through the province of Quebec, the Eagles clinched a playoff spot and are hoping to move up from their fourth place spot in the Eastern Conference. Cape Breton is 35-16-3 (20-6-1 at home), four points behind third place Rimouski with two games in hand. Tonight Rimouski visits a Moncton team that has won 14 of their last 15 games (the only loss in that stretch coming to the Eagles).

Bathurst comes into tonight’s in last place in the QMJHL, with a record of 10-38-7 (3-20-4 on the road). This season the Eagles have won five of six meetings with the Titan, including a 3-0 record at Centre 200 (one of those wins coming in a shootout.)

It’s a quick turnaround after the road trip for the Eagles who now begin a stretch of three games in four nights at home. It could be up until game time for the team to determine whether they’ll regain the services of some absent players- Derek Gentile and Nathan Larose have been out due to illness while Egor Sokolov is still recovering after being hit in the face with a puck on the road trip.

One player the Eagles haven’t had to worry about as of late is defenseman Xavier Bouchard. The Vegas Golden Knights draft choice was named to the QMJHL’s team of the week and has 11 points in his last seven games on the backend. The Eagles were also happy to have a big night from Ryan Francis in Gatineau, who collected three points in the win. It was the first multi-point effort since January 3rd from Francis, who has 63 points in 52 games.

The Titan have struggled to collect victories this season but have been competitive in a majority of their games. The Bathurst offence hasn’t had problems scoring as of late, with at least four goals in four of their last five games. Former Chicoutimi second round draft pick Mathieu Desgagnés is having his most productive QMJHL season thus far, and has nine points in his last five games. Overager Rémy Anglehart has 11 points in his last eight outings, and seven points in four games this year against the Eagles.

Tonight is the final season ticket redemption night of the season at Centre 200. Season ticket holders can exchange any unused ticket for a ticket to tonight’s game, which starts at 7 PM. Tickets can also be purchased at the Centre 200 box office, by phone at 902-564-2200 or online at https://tickets.capebreton.ca/Online/default.asp Go Eagles Go!