Eagles Back In Action Tonight In Rouyn-Noranda 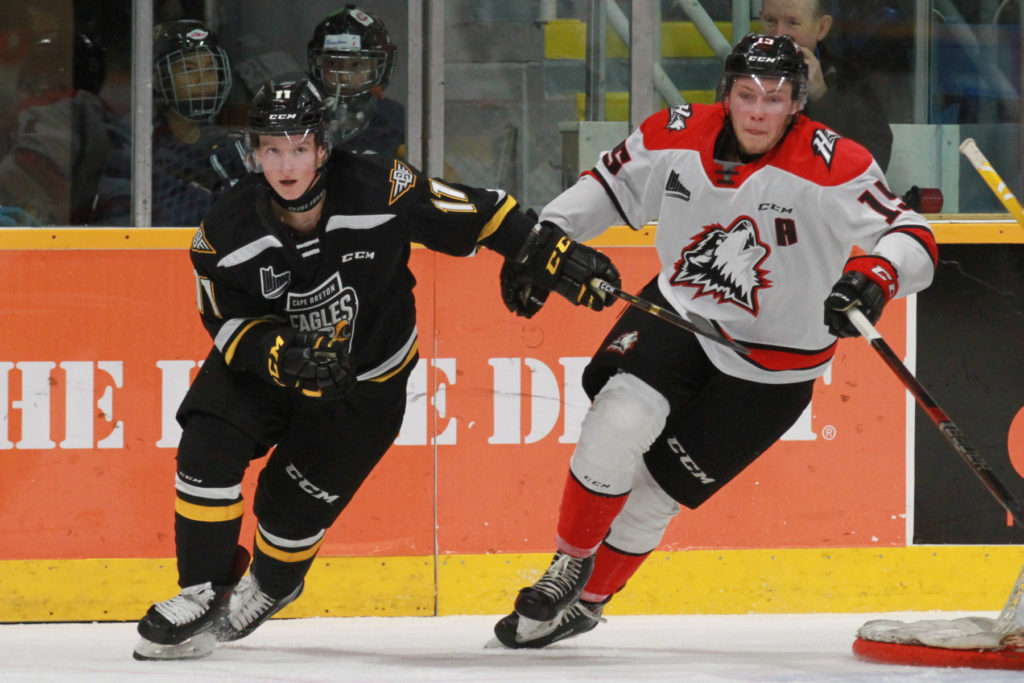 The Cape Breton Eagles face a familiar face as their season long road trip continues tonight in Rouyn-Noranda, and the Eagles pay visit to Shaun Miller and his Huskies.

Last night the Eagles struck early, establishing a 2-0 lead en route to a 4-2 win in Val-d’Or. This season the Eagles have had great success when starting strong: with a record of 26-1-1, they have the best winning percentage in the QMJHL when scoring the first goal.

It was Félix Lafrance who opened the scoring last night, his second straight game lighting the lamp. While the usual suspects have also been collecting points up front in recent games, Xavier Bouchard has been productive on the backend with eight points in his last five contests.

This evening should be an emotional one for Eagles 20 year old forward Tyler Hinam, who spent the first three and a half years of his QMJHL career with the Rouyn-Noranda Huskies. Hinam was part of their 2019 Memorial Cup winning side. Hinam was the key part of the deal that sent Miller from Cape Breton to Rouyn-Noranda. In his first 14 games with the Eagles, Hinam has collected 17 points.

Miller has been a key player for Rouyn-Noranda since arriving, as the Huskies are still holding a home ice playoff position despite dealing Hinam and defenseman Justin Bergeron. Miller has contributed nine points in 13 games since coming over. Another new face in the Rouyn-Noranda lineup is Oleksii Myklukha, the Slovakian import selection who decided to come to North America for the second half of the season.

Leading the Huskies attack all season has been their lone NHL drafted skater, Alex Beaucage (Colorado), who has 60 points in 52 games- including 34 goals. Their other NHL draftee is between the pipes: San Jose prospect Zach Emond has a 22-22 record this season, with a 904 save percentage.

The Eagles will be looking to buck historical trends tonight as the team has not won in Rouyn-Noranda since October 5th, 2012, a total of six games. Cape Breton has won as a visiting team in every other league city since that night.

Puck drop for tonight’s game is at 8:00 PM, and you can catch all the action beginning with the pre-game show at 7:30 with Patrick McNeil on 1270 CJCB (or online at cjcbradio.com). Go Eagles Go!