Eagles Back In Action Tonight For The Battle Of The Islands 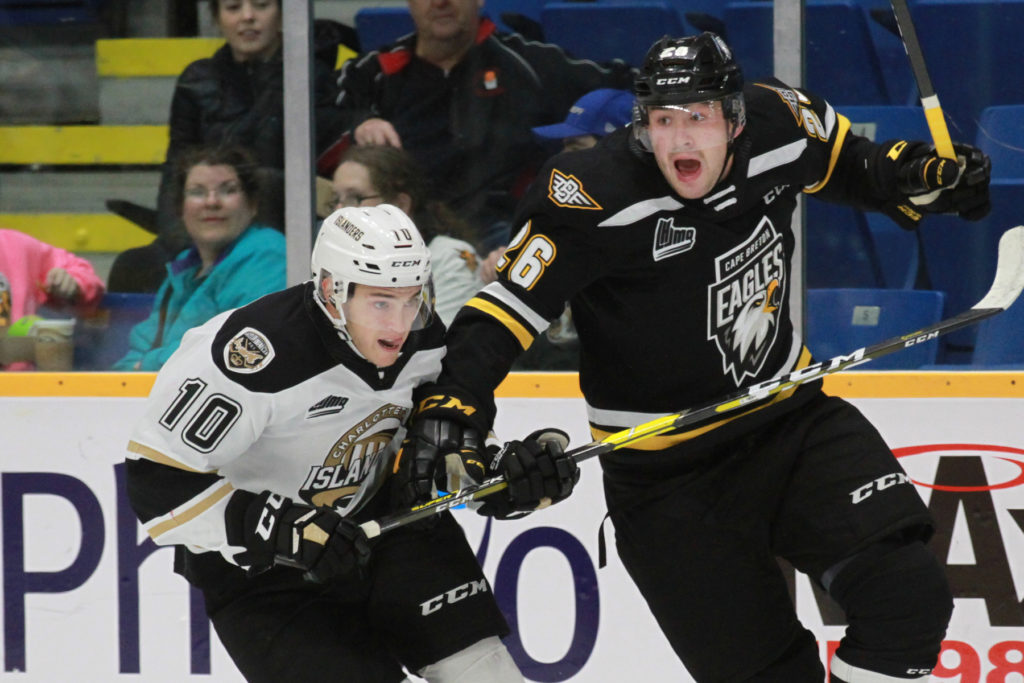 After a week off the Cape Breton Eagles are back on home ice for a pivotal matchup with the Charlottetown Islanders tonight. The two clubs are tied for third place (along with Rimouski) in the Eastern Conference heading into Saturday’s contest.

Both teams had players suiting up for Team Russia at the CHL Canada/Russia series. (As well, Ryan Francis of Cape Breton played for Team QMJHL in the first game of the series.). Charlottetown’s Nikita Alexandrov (12 points in his last 10 games) and Cape Breton’s Egor Sokolov (15 points in his last 7 games) each played in both games, and Sokolov was able to keep his production going with a point in both games.

Charlottetown is dealing with an absence of players on the backend, as Lukas Cormier is out with a long term injury and Xavier Bernard did not play in Thursday’s loss against Drummondville. The club is also without Oscar Plandowski, who like Cape Breton’s Jérémy Langlois, is away at the World Under 17s.

On the flip side, the Eagles will hope for the return this weekend of star forward Mathias Laferriere. The 2018 draft pick of the St. Louis Blues collected 74 points in 68 games last season for the Eagles, but was injured in the first game of the 2019-20 campaign.