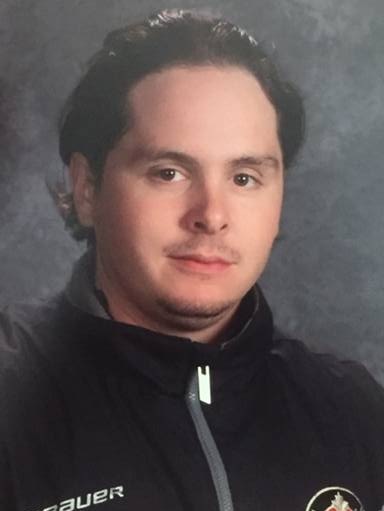 Cape Breton Screaming Eagles announce Matt Anthony of Shubenacadie, Nova
Scotia, as Assistant Coach. With his hiring, Anthony completes the Cape Breton Screaming
Eagles 2019/2020 coaching team. Prior appointments include Jake Grimes as Head Coach and
Chris Culligan as 2nd Assistant Coach. Anthony will also serve as an Academic Liaison between
the players and the team’s Educational Coordinators while the team is on the road.

“I am extremely happy to have Matt join our organization. He is well-respected in Nova Scotia’s
hockey circles and comes highly recommended by a number of trusted advisors,” says Cape
Breton Screaming Eagles Head Coach, Jake Grimes. “I’m confident that Matt will add a lot to
our program on and off the ice. He’s excited to get started in his new roles!”

Anthony, who has both a Bachelor of Arts and a Bachelor of Education Degree and is bilingual,
has held the Head Coach position for Newbridge Academy’s under 18 team in Dartmouth for the
past four seasons. Previous experience includes Assistant Coach with the Cole Harbour Wolf
Pack of the Nova Scotia Major Midget Hockey League, Head Scout for Yarmouth Mariners of
the Maritime Junior Hockey League, as well as experience as a player with both the Major
Midget and Junior A leagues.

“Matt has a history of recruiting and developing elite hockey players both on the ice and in the
classroom” says Cape Breton Screaming Eagles General Manager-Hockey Operations, Jacques
Carriere. “His values and skills align perfectly with our organization. We are thrilled to welcome
him to our coaching team!”