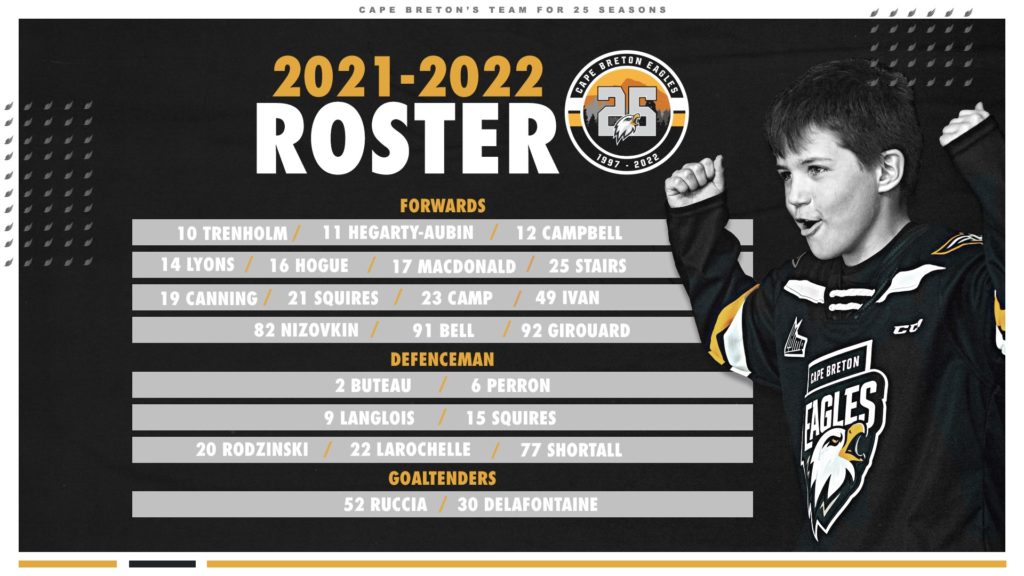 Following the trade of Zach Welsh and reassignment of Luke Patterson on Sunday, the Cape Breton Eagles have finalised their roster for the beginning of the 2021-22 QMJHL season.

In total 23 players- 14 forwards, seven defensemen, and two goaltenders- will comprise the opening night lineup. Ten players on the roster were chosen in the QMJHL entry draft by the Eagles, 11 were acquired by trade, and two players were selected in the CHL Import Draft.

11 players are returning from last season’s club. Of the 12 newcomers, four were acquired by trade ( Nicholas Girouard, Sean Larochelle, Conor Shortall, and Romain Rodzinski). Rookies Emile Perron, Cam Squires, Kiefer Lyons, Nicolas Houge, Kian Bell, and Rémi Delafontaine will make their debuts as full time QMHL players this season. (All were drafted by the Eagles except Delafontaine, who was acquired in a mid-season trade with Chicoutimi.)

Imports Ivan Ivan and Mikhail Nizovkin are scheduled to join the club in September. Ivan skated for the Eagles in 2019-20 season, while Nizovkin was chosen in the 2020 Import Draft but neither was able to enter Canada last season due to the Covid-19 pandemic.

The full roster is found below. The Eagles are next in exhibition action on September 10th as they host the Halifax Mooseheads at the Glace Bay Miners Forum at 7 PM, and the game will be streamed on the Cape Breton Eagles YouTube page. The Nova Scotian rivals will meet again on October 1st as the Eagles open their regular season at Centre 200. 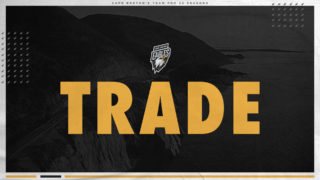