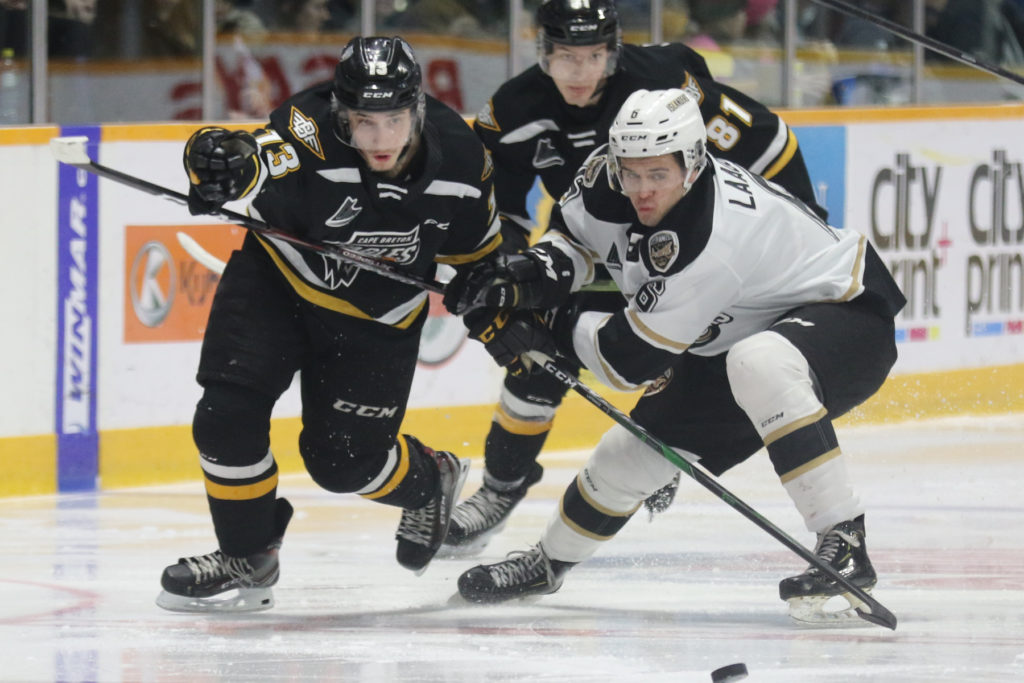 Fourth place in the QMJHL’s Eastern Conference is on the line at the Eastlink Centre as the Cape Breton Eagles visit the Charlottetown Islanders for two games this weekend.

Tonight’s game is the fifth meeting of the season between the two sides, and things have been pretty even among the island rivals in 2019-20. Each team has two wins over the other thus far, with one of those wins for each side coming in overtime. Charlottetown won the only meeting of the four that was in Charlottetown, an overtime victory for the Islanders immediately before the league’s Christmas break. Most recently the Eagles returned the favour with a 4-0 win on New Year’s Eve at Centre 200.

It will be a whirlwind weekend for Eagles forward Ryan Francis and Islanders defenseman Lukas Cormier. Both are expected to play this evening after having taken part in the NHL/CHL Top Prospects game in Hamilton last night. Francis’s Team White emerged victorious over Cormier’s Team Red in the annual showcase of the CHL’s top draft eligible players. Francis was -1 and registered two shots, and looked to have recorded an assist before the Team White goal was waived off. Cormier put three shots on net and took a minor penalty for high sticking.

Tonight will also mark the first time Cape Breton’s Egor Sokolov and Charlottetown’s Nikita Alexandrov will face off since winning a silver medal together with Team Russia at the World Juniors. Sokolov has points in eight straight games, dating back to games before the tournament, and has 14 points in that stretch. Alexandrov is producing at a over a point game this season but due to games missed only ranks third in team scoring. (18 year old Brett Budgell leads the Isles with 35 points in 44 games.)

Shawn Boudrias, who began his QMJHL career with Charlottetown, has been on a tear in 2020 with ten points in four games since the calendar turned. Another big game could position him for a milestone, as the Minnesota Wild draft pick currently has 197 regular season points in his QMJHL career.

Puck drop for tonight’s game is at 7:30 PM, and it will be televised on Eastlink Television. You can also hear all the action beginning with the pre-game show at 7:10 with Patrick McNeil on 1270 CJCB (or online at cjcbradio.com). Go Eagles Go!