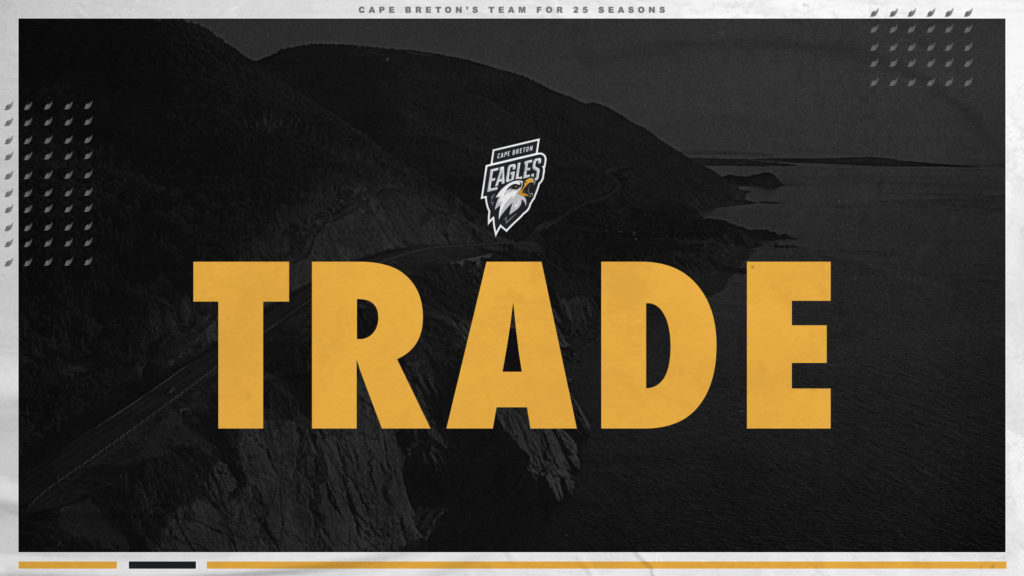 Rodzinski was drafted by Rouyn-Noranda in the eighth round of the 2018 QMJHL draft but has spent his entire QMJHL career with the Remparts, notching three assists and +3 rating in 32 games last season- his second full QMJHL campaign. Rodzinski will now report to Cape Breton for training camp.

Cooper was drafted by Cape Breton in the seventh round of the 2020 QMJHL draft. Last year he posted three assists in 28 games in his rookie campaign.

Following today’s trade, the Eagles have 15 forwards, 11 defensemen, and three goaltenders remaining in camp, in addition to imports Ivan Ivan and Mikhail Nizovkin who will arrive in September. The Eagles are next in exhibition action on Friday night at the Glace Bay Miners Forum against the Charlottetown Islanders, and the game will be streamed on the Eagles’ YouTube channel at 7 PM.