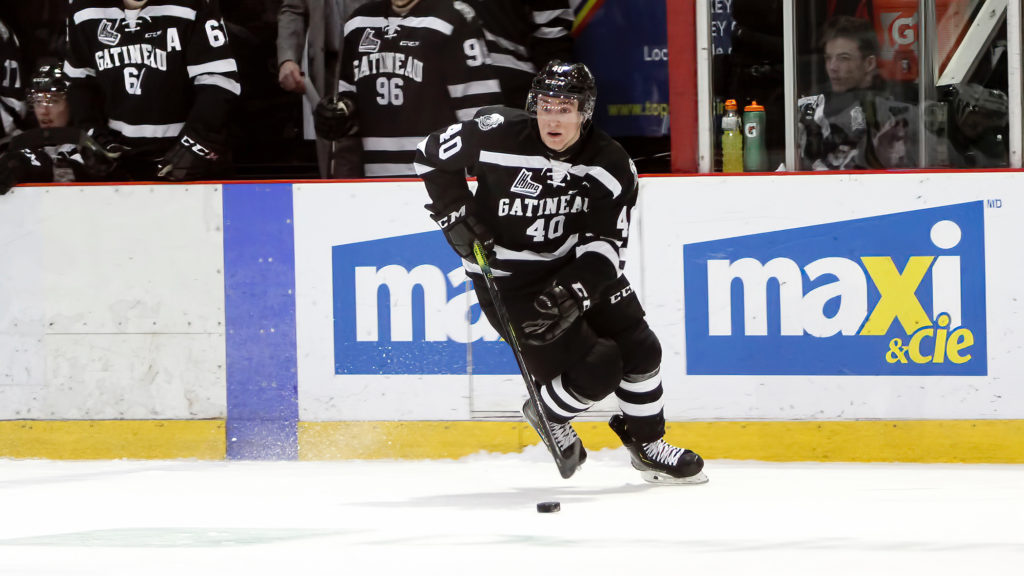 The Eagles acquired forward Émile Hegarty-Aubin (2001-01-13) from the Gatineau Olympiques in exchange for defenseman Kyle Havlena (2000-06-15). The two teams have also exchanged 2020 eighth round draft picks, with the Eagles adding the 138th choice (originally belonging to Saint John) with Gatineau adding the 145th pick from Cape Breton.

Cape Breton has moved two other 20 year old defensemen in exchange for draft choices. Adam McCormick (2000-06-25) has been traded to Acadie-Bathurst in return for Cape Breton’s second round choice in 2022, a pick which was originally traded to the Titan by the Eagles in last season’s trade for Shawn Element.

Rouyn-Noranda has acquired Xavier Bouchard (2000-02-28) from Cape Breton in exchange for Gatineau’s third round selection in 2021. The draft pick was originally moved to the Huskies by the Eagles in last season’s trade for Tyler Hinam.

In 2019-20, McCormick accumulated 33 points in 50 games and was named the QMJHL’s top defensive defenseman. Bouchard, who split the season between Baie-Comeau and Cape Breton, tallied 35 points in 59 contests.

The 2020 QMJHL draft beings Friday night at 7:30 PM Atlantic time. The first round will take place Friday, while rounds two through 14 will take place Saturday, beginning at 10 AM. The Eagles hold 18 selections, including the 17th overall choice in round one.

Langlois Selected To National Under-18 Camp
4 weeks ago