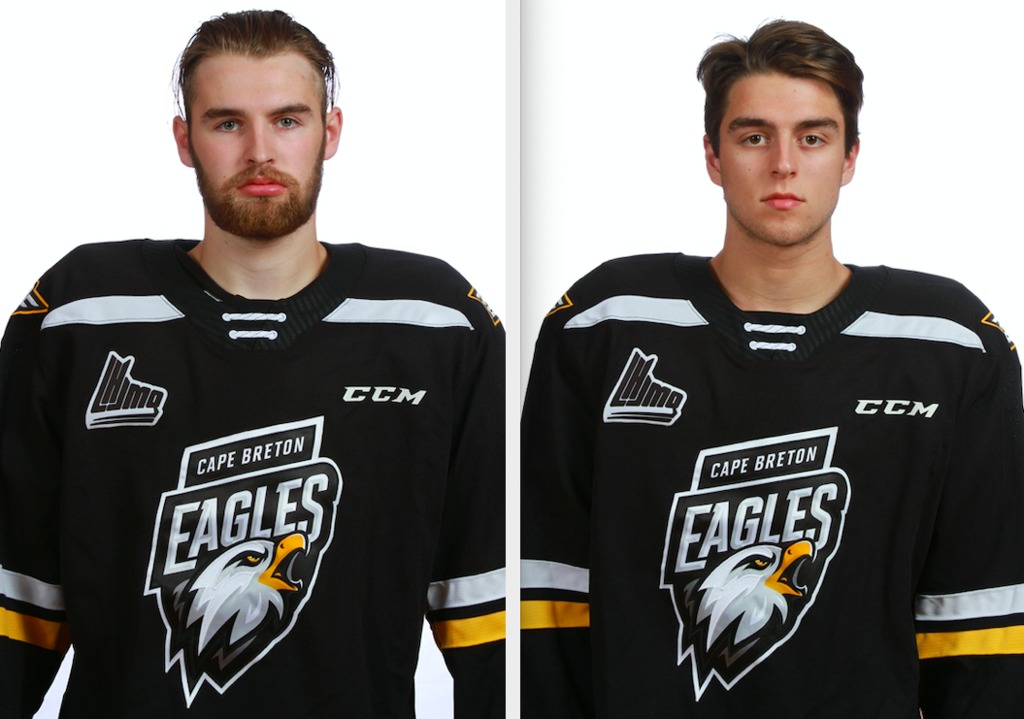 McCormick has been a staple in the Cape Breton lineup after being chosen in the third round round of the 2016 entry draft, and alongside Kevin Mandolese is the longest serving Eagle. This season saw McCormick hit the 200 game milestone, and he now ranks third among games played over a career by an Eagle defensemen. (He also moved up to second in assists and points in that category.)

This season the fourth year Eagle player found his way into the team record book with +45 rating in just 50 games, the best in team history and second among blueliners in the league this season. The 19 year old McCormick, who attended Dallas Stars training camp in 2018, not only collected points on the power play but was a key fixture in the Eagles penalty kill, which was third in the league.

It was a penalty kill that improved throughout the year and Jarrett Baker was also a big part of that. Also in his fourth major junior season, Baker came home to Cape Breton after an off-season deal from Drummondville. The native of Black Rock has been a durable force throughout his QMJHL tenure- his 59 (of 63) games this season allowed him to hit the 250 career game mark- the most of any 19 year old currently in the league.

While ranking high in offensive categories (14th overall in points for defensemen), Baker more than took care of his own end, with a +26 rating. He also continued to be one of the biggest physical forces in the league, a bruising player who placed in the top 15 in hits among defensemen (with 107.)

The QMJHL will begin to announce the winners of the 2019-20 Golden Puck Awards on April 22nd. Congratulations to Adam and Jarrett for their nominations, and best of luck!