Eagles Ready For First Road Game Of 2020 In Saint John 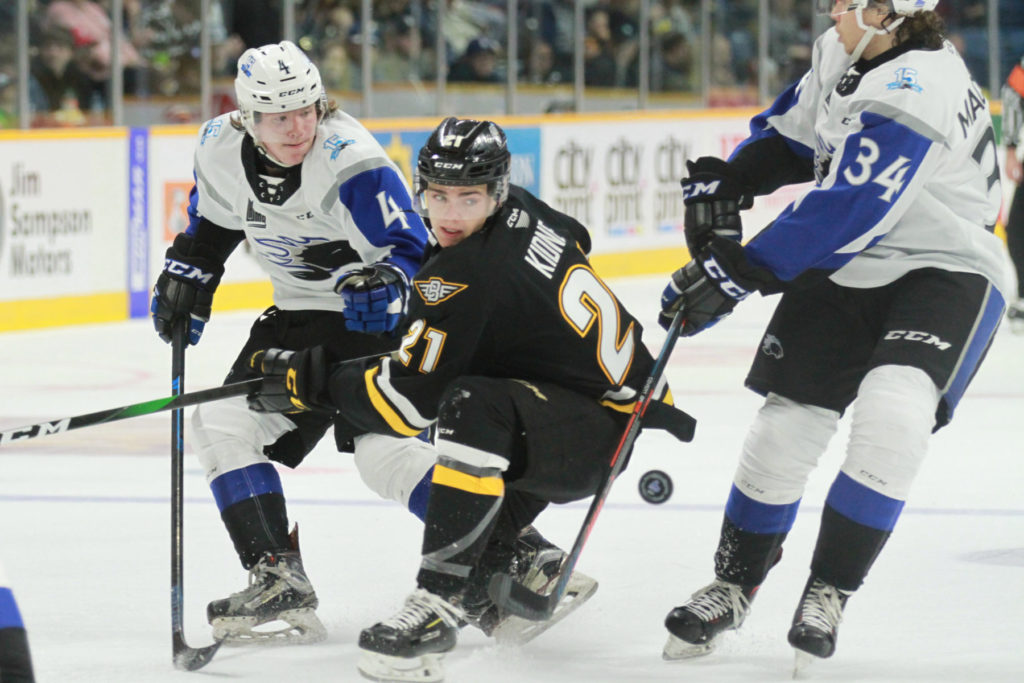 For the first time in 2020 the Cape Breton Eagles have hit the road for QMJHL action. The Eagles make their first visit of the season to TD Station in Saint John tonight, and will be putting a five game winning streak on the line against the Sea Dogs.

The Eagles have moved up in the standings thanks to recent play. Cape Breton comes into tonight in fifth place in the Eastern Conference, just two points back of both Rimouski and Charlottetown.  (The Eagles hold two games in hand on the Oceanic and one three in hand on the Islanders, and have a higher winning percentage than both teams.)

Egor Sokolov, fresh off winning a silver medal with Team Russia at the World Juniors, is set to join the team in Saint John and may be made available to play in tonight’s game. The Eagles also could get a boost if newly acquired forward Tyler Hinam is in the lineup. The Eagles will have the services of goaltender Kevin Mandolese, who was named the QMJHL’s player of the week after recording two shutouts in his last three outings.

It’s the first look the Eagles will get at the Sea Dogs since Jeff Cowan took over as interim coach. Cowan, who had been an assistant coach with the Sea Dogs since 2013, also once played in the Port City with the AHL’s Flames, along with playing 434 NHL games. Since he took over the head coaching reigns the Dogs have an 8-3 record.

Brady Burns has helped to lead the way this season with 40 points in 40 games. In recent outings, goaltender Zachary Bouthillier has shone as well with a 937 save percentage over six starts. Saint John parted ways with star 20 year old forward Nicolas Guay during the trading period, but Jeffrey Durocher has impressed in his place with nine points in six games since arriving.